The Sloping Lock of Ronquières 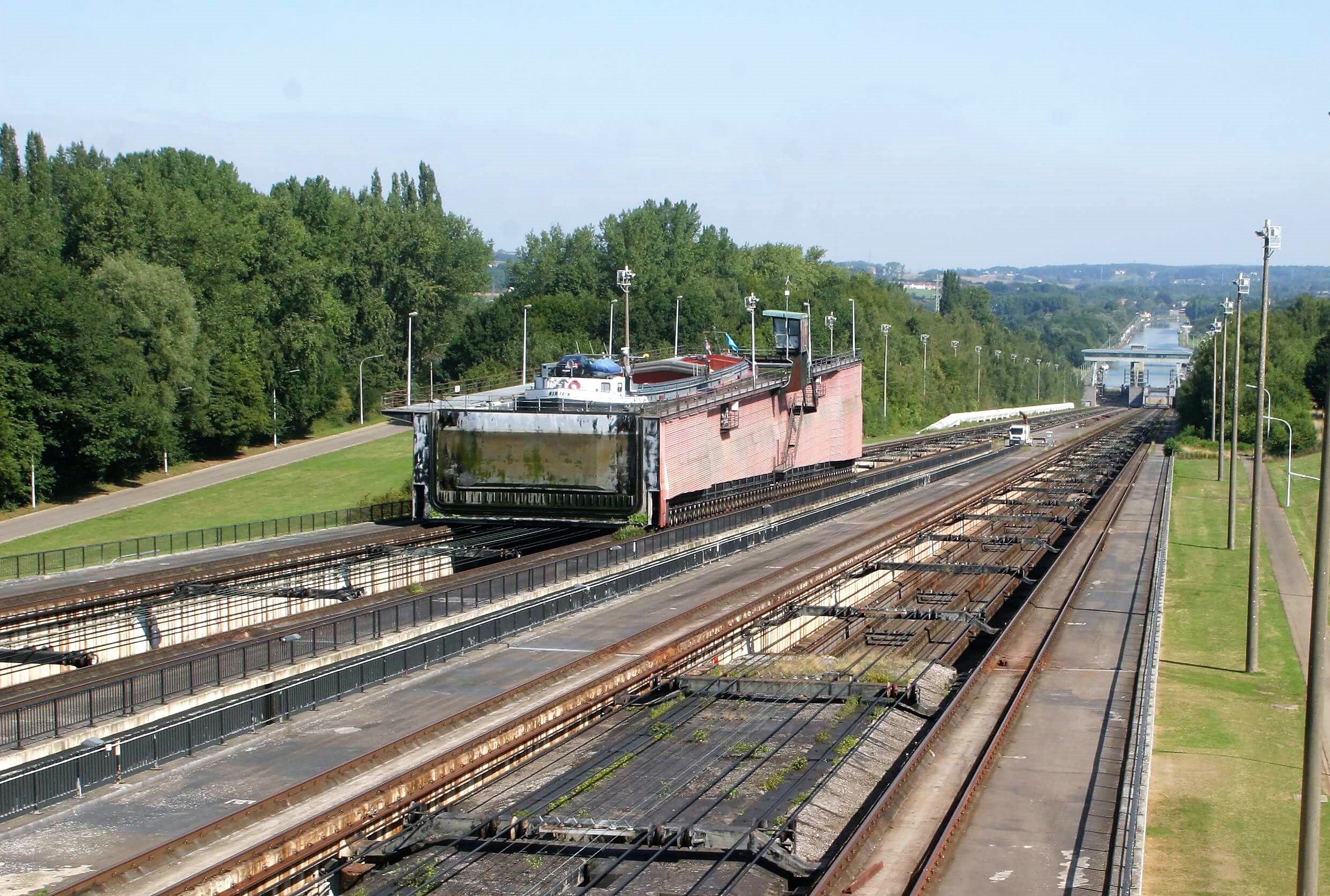 The amazing Sloping Lock of Ronquières (also called the Inclined Plane of Ronquières has to be seen to be believed. The pictures don’t convey the scale of this incredible engineering project!

Any boat-owner will tell you that going through canal locks is a time-consuming process. In the 1960s, the Brussels-Charleroi Canal in particular presented a huge problem, especially around the village of Ronquières in the province of Hainaut. Here, barges bringing coal from the coalfields of Charleroi to Brussels and beyond could waste a whole day. Why? They had to navigate 14 locks over a 2 kilometre stretch of the canal with a height difference of 70 metres. And, as they say, money is time. A solution had to be found.

I would like you to use your imagination. Think of the bath-tub in your house. And then imagine it being stretched and stretched … to 90 metres long and 12 metres wide and 4 metres deep! Yes, you’re right, that’s a HUGE bath-tub. Now, fill it with water. It’s going to be heavy, isn’t it? 5000 tons to be precise!

Are you still with me? Good. Along this incline you build a 12-metre wide railway track. And you mount the giant bath-tub on wheels and put it on this track. Then at the top of the incline you make a 5200-ton counterweight, resting on its own set of rails and attached through pulleys and winches and eights set of cables to the bath-tub at the bottom of the incline. And yes, the cables will be 1.5 kilometres long too!

How does it work?

Photos won’t really do it justice. You have to see it in action, so here’s a video. Even if you don’t understand the Dutch or the French, it will give you a good idea of how it works in practice.

Visit the Sloping Lock of Ronquières

From May to end-August on Sundays you can have a trip on a boat up the Sloping Lock of Ronquières. You can find the details here.

For your Pinteresters, here’s a pin:

47 thoughts on “The Sloping Lock of Ronquières”