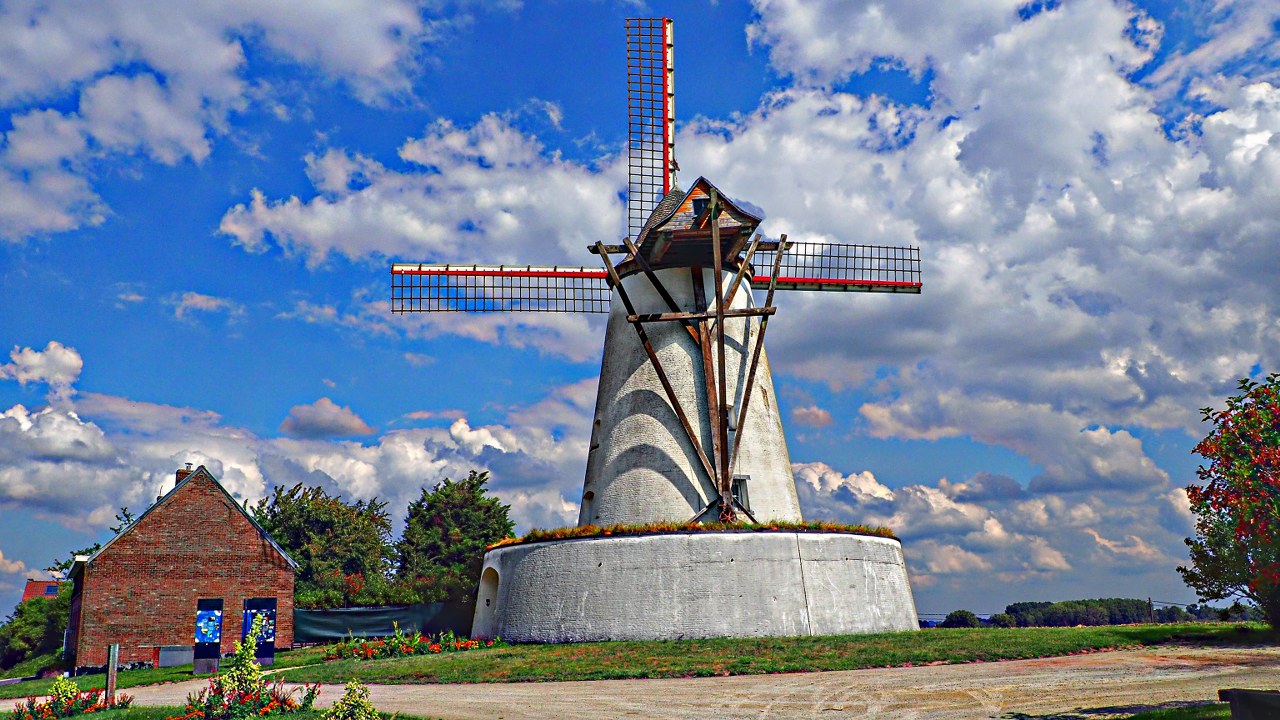 Select one or more of these three walks in Hainaut Province for a half- or full-day of hiking pleasure!

Hainaut is one of the five provinces of Wallonia, the French-speaking southerly region of Belgium. Its name comes from the river Haine. The capital of the province is Mons.

There’s plenty to see and visit in the province: magnificent castles such as Beloiel, Attre, Le Roeulx, Seneffe, and Antoing; fascinating old towns such as Tournai, Ath, and Enghien; family activities such as Pairi Daiza and Aquascope; and the amazing engineering feats of the Strépy-Thieu and Ronquières boat lifts. In between are beautiful natural areas like the lakes of l’Eau d’Heure, the woods around Chimay, and the nature reserves of the Pays des Collines and Le Caillou-qui-bique.

Recently, the Tourism Office of Hainaut Province commissioned me to write three blog posts on the province. I was delighted to accept. Hainaut is a beautiful province of Belgium but one that I have not visited greatly. This first post describes three walks in the province of varying distances and in different areas of the province. Depending on your location and time available, you could spend half a day here; combine the two shorter walks for a full day’s exploration; or (like I did) cram in the longer (15k) walk with the shortest (7k) walk.

A DELIGHTFUL walk around the White Mill of Ostiches

This is a lovely country walk that starts and ends at the Blanc Moulin d’Ostiches. If you are in your car, the mill has a car park. By public transport, TEC bus 10 goes from Ath (where there is a train station) to the village of Ostiches. For details of the walk, there’s an excellent website VisitWapi.be (Wapi = Wallonia Picardy). Here you can download a handy 1-page leaflet of the walk in English, as well as the GPX route. If you are more familiar with my RouteYou maps, then below is the map of the route which you can download as a PDF. The GPX track is available on my RouteYou page.

This striking white windmill was built in 1789 by local farmer Jean-Baptiste Deltenre. It remained in use until the Second World War. In 1998 it was purchased by the town of Ath and was lovingly restored. It can be visited every Sunday afternoon from April to September (3 pm to 6 pm).

You’ll pass by some interesting little chapels on the walk:

And some fascinating old farm machinery:

The walk gives you some great views over the surrounding countryside:

And you won’t be far from the Blanc Moulin:

Also worth visiting (only on Saturdays between 08:30 and 14:00) if you are interested and have the time is the Forge d’Ostiches. It’s a working forge that’s equipped for the artisanal production of all kinds of knives. It gives courses and training too. It also houses a Museum of Ancient Tools.

On the place d’Ostiches there are a couple of restaurants which, if open, may satisfy your hunger. Then you return to your starting point – and the star of the show!

A FAMILY-FRIENDLY WALK IN THE LAND OF THE WITCHES!

A second walk in Hainaut Province begins and ends in the village of Ellezelles. It’s a walk with a difference, and children in particular may find it interesting. Le Sentier de l’Etrange (The Trail of the Unexpected) features sculptures by local artist Watkyne. Along the path and seemingly around every corner you’ll unexpectedly bump into all sorts of witches, wizards, elves and weird mythical creatures. It’s certainly a novel idea to get children interested in a country walk. Every year, a few more pieces are added to this unique trail. Here’s a few that I bumped into:

I found it a very pleasant walk, and the various sculptures certainly brightened up what was mostly a dull day, weather-wise. Some of the route is on paved lanes; about half is on unpaved footpaths. You will get some lovely views over the surrounding Hainaut countryside.

A 15 KM WALK FROM IRCHONWELZ

This circular walk starts in the village of Irchonwelz on the south-west outskirts of the town of Ath. Here is the map of the route:

You can download the map as a PDF and the GPX track. Alternatively, as mentioned above, you can download a nice leaflet (in Dutch or French) from the VisitWapi site. The departure point is listed as the Brasserie des Légendes – Ferme château d’Irchonwelz at Rue du Castel 19, 7801 Ath. Unfortunately when I rolled up, Rue du Castel was totally dug up and inaccessible. It was difficult to find a parking space. Eventually I left my car right at the back of the large (and empty) car park of a small restaurant called L’estaminet du Moulin on Rue du Castel. When I returned, there was one other car in the car park. And a handwritten note on my windscreen informing me that I had parked on a private car park. It seemed a bit harsh considering the roadworks and the emptiness of the restaurant’s car park. Anyway, on the map, I have marked a new point of departure where there is a small off-road space to park one car. If you are on public transport, you will notice that the extreme north-easterly bit of the walk is quite close to Ath railway station.

Having parked the car and navigated the newly excavated Rue du Castel (just about accessible by foot), the next road – Rue du Pont Mouchon – was also a huge construction site! Eventually however I left urbanization behind and was on the road to the first village: Moulbaix. Here is the little village church of Saint Sulpice:

Moulbaix is also known for its château, which is described as an impressive neo-medieval building in English Tudor style. However, it’s in private hands and is currently being restored. It was behind a high wall with a locked gate. This was my best view:

I had more success on the road out of Moulbaix with the Moulin de la Marquise. This striking windmill was built in 1747 and saved from the demolition hammer in 1927 before being put back into use again in 1947. It is one of the oldest still active windmills in the region.

The next point of interest, as I approached the village of Ormeignies, was this:

It’s all that’s left of the Château of Ormeignies which was partially destroyed by a fire in 1866. It was rebuilt but, as you can see, there’s not much left of it. Its main claim to fame is that it was the residence of Belgian writer Angélique de Rouillé (1756-1840).

From Ormeignies the route circles back to its start in Irchonwelz. Virtually all of this route is on paved roads. Only a very small section is on a footpath.

MORE TO COME ON HAINAUT PROVINCE!

Coming soon are two more posts to help you discover the delights of Hainaut Province. In one post I will be describing a 70 km circular cycle ride from Mons. And in another post I will be recounting a day visiting a château and a brewery. To get these posts on Hainaut (and all other new posts), subscribe to Discovering Belgium by adding your email below:

I thank Camille from Hainaut Province Tourism for commissioning these three posts and her valuable assistance in planning them.