Tielt: A witch, a devil, and much more 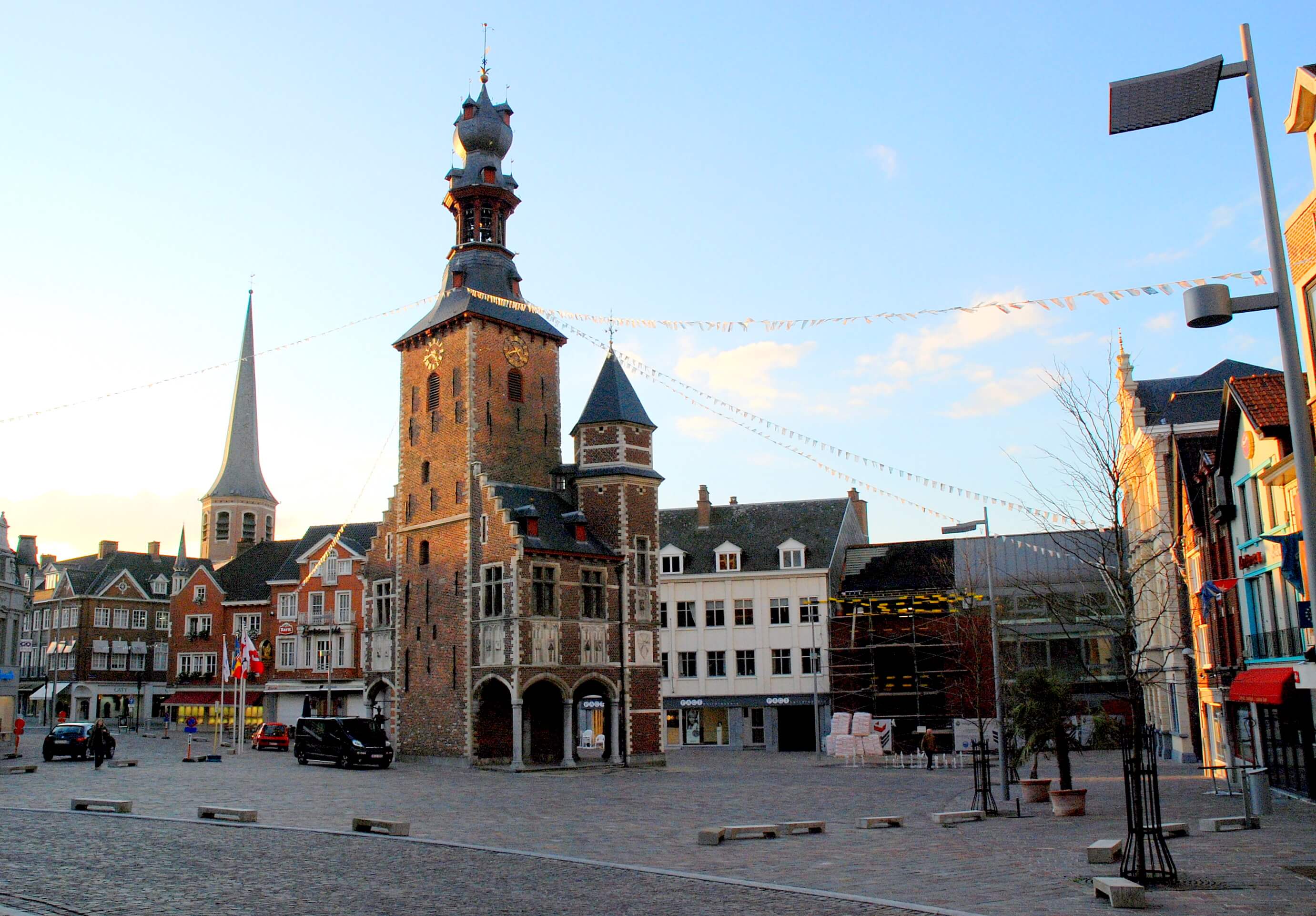 Take some time to check out the market town of Tielt in West Flanders. You may be in for some surprises.

Sometimes it’s easy to be overshadowed. Especially when you are surrounded by three big brothers – or sisters.

In the case of the market town of Tielt, it’s firmly located in the shadow of Bruges, Ghent and Kortrijk. As you can see, it’s right in the middle of a triangle formed by these venerable cities.

It’s therefore inevitable that Tielt struggled to make a mark on the West Flanders’ scene. Skilled craftsmen were — and still are — attracted to the three nearby cities in search of more or better paid work. Today’s tourists frequently do something similar, bypassing Tielt on their way to visit its more famous neighbours. But if you are tempted to do the same, I suggest you re-think your itinerary. Plan at least a couple of hours in this quiet but surprising market town.

The origins of its name can’t be pinned down with any certainty. The oldest spelling, Tiletum, might refer to the presence of lime trees (Tilia). Another possibility is that it is named after the Latin word for a tile, tigellum, as remains of 3rd century Roman tiled floors have been found in the region.

The first major settlement in the area probably occurred in the 9th century, but another four hundred years passed by until any significant building work started. The credit for putting Tielt on the map comes from two surprising sources.

In 1245 Margaret of Constantinople, Countess of Flanders, built a hospital here. Thirty years later Beatrix of Brabant authorised the construction of a cloth hall in the market square, to make the most of the burgeoning flax industry. The town was up and running! But its early years were not easy. To make further progress it had to leap several hurdles in the form of a series of natural disasters.

In 1579 a large number of the population succumbed to an epidemic disease. Just six years later, in 1585, a fire destroyed the town centre. An outbreak of pestilence occurred in 1631, followed by yet another fire in 1645 which reduced the church and 60 houses to ashes.

Just when its inhabitants may have begun to think their town was cursed, a group of Franciscan friars arrived, believed otherwise, and put their faith into action. In 1686 they opened a Latin school. It was another new beginning for the town, and this time it never looked back. Its population grew steadily, and Tielt became an important trade centre based on agriculture and local industries, particularly textiles and shoes.

In the First World War, the German army chose Tielt as its Belgian headquarters, which afforded some degree of protection to the town. No such safeguards were possible during the Second World War, when Tielt was heavily bombarded. A key date in the town’s history is 8th September 1944 when it was liberated from German occupation by the 1st Polish Armoured Division, commanded by General Stanislaw Maczek.

In 1994 a statue of the General by local Belgian artist Jef Claerhout (more of him later) was unveiled on the Polenplein (= Polish Square).

The General is holding a key in one hand and the Tielt coat of arms in his other. His is thus symbolically giving the town back to the Tieltenaars.

Don’t think that the recognition was 50 years too late in coming. The town had already commemorated the Poles. In 1948 the passage from the market place to St. Peter’s Church was transformed into the Stanislas Gate, so named after the patron saint of Poland, St. Stanislas.

The statue of St. Stanislas, patron saint of Poland, was made by local artist Maurice Vander Meeren, who was inspired by a stained glass window in a monastery in Krakow. The names of the eight Polish soldiers who were killed while liberating the town are etched in stone for all to remember.

Back to local architect Jef Claerhout. His sculptures pop up frequently in and around Tielt. On the market square are two more of his works: Olivier the Devil and Tanneken Sconyncx the Witch.

Olivier De Neckere (necker is an old Flemish word for devil) was born in 1434 in his father’s barber’s shop on Tielt market square. In 1458, the French Dauphin Louis (later King Louis XI) passed through the town on a journey from Oudenaarde to Bruges. He met Olivier and an instant friendship arose.

Olivier remained not only the King’s barber but his private counsellor for the next 25 years. Unfortunately, when the King died in 1483, so did Olivier: hanged on the famous gallows of Montfaucon in Paris.

The antlers on his statue refer to his noble title, fallow deer; the rope to the way he died; and the scissors and razor to his profession.

The other Claerhout sculpture on the market square is that of local girl Anna De Coninck, better known as Tanneken Sconyncx. Accused of being a witch, she endured months of torture until she died in the town prison in 1603. Claerhout’s sculpture portrays her not as a witch, but as an angel, escaping from the pain and false accusations by ascending into heaven.

The centrepiece of the market square is the belfry, which is the only remnant of the cloth hall. Its carillon was built by the du Mery brothers from Bruges in 1773. It has 36 bells with a total weight of 831 kilograms. It’s the only complete du Mery carillon in Flanders.

A short walk from the market square is St. Peter’s Church, the history of which parallels that of the town, in that it has repeatedly been destroyed and rebuilt. The current building is mainly from the 17th and 18th centuries.

The showpiece is the huge pulpit, carved out of Danish oak by the brothers Frans and Lodewijk Debosschere. Magnificent as it is, such a huge construction does look rather out of place in a fairly small church.

Climb up the winding stairs and experience the view — and imagine the sense of power it must have given the preacher! The brothers also built the communion rail and organ loft of the nearby Franciscan church in Minderbroedersplein.

And there you have Tielt in a nutshell. Well worth checking out on your way to one of its more illustrious neighbours.

Where to eat in Tielt

All that remains is to have a drink or a meal at one of the numerous cafÃ©s and restaurants in Tielt, many of which look inviting.

If you’re looking for a straightforward square meal in a friendly atmosphere with a good value three-course dagschotel (dish of the day), then I was very satisfied (and hopefully you will be too) with Restaurant De Wildeman, Markt 37. It’s ideal for lunch.

If you are looking for something different, try De Traagheid in Krommewalstraat 6. Here you can enjoy a meal along with books, flower displays, art exhibitions, photography exhibitions and even musical performances. You can also enjoy food sharing here too: small plates which are shared by a table. This would be an ideal place for an evening meal.

If you live in or near Tielt and have other suggestions of what to see or where to eat in Tielt, just add them to the comments below or drop me a line.