Tongeren: The oldest town in Belgium 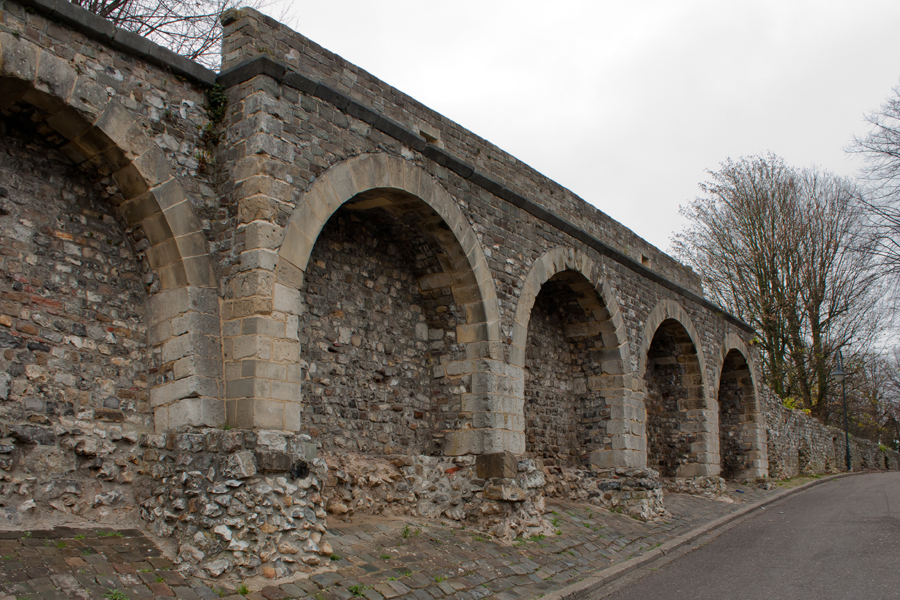 When a town promotes itself as the oldest in Belgium, it’s tempting to wonder how much evidence of this claim is still visible. Visit Tongeren, and its credentials are right in front of you: city walls that date from the first century; a Roman archaeological site from the fourth. Moreover, this attractive town in Limburg is clearly proud of its antiquity. Streets have names like Caesarlaan and Pliniuswal. A car park is called Praetorium. So you don’t need a guide book to tell you that Tongeren dates back to the time of Christ, and that it takes great pride in its connections to the Romans. 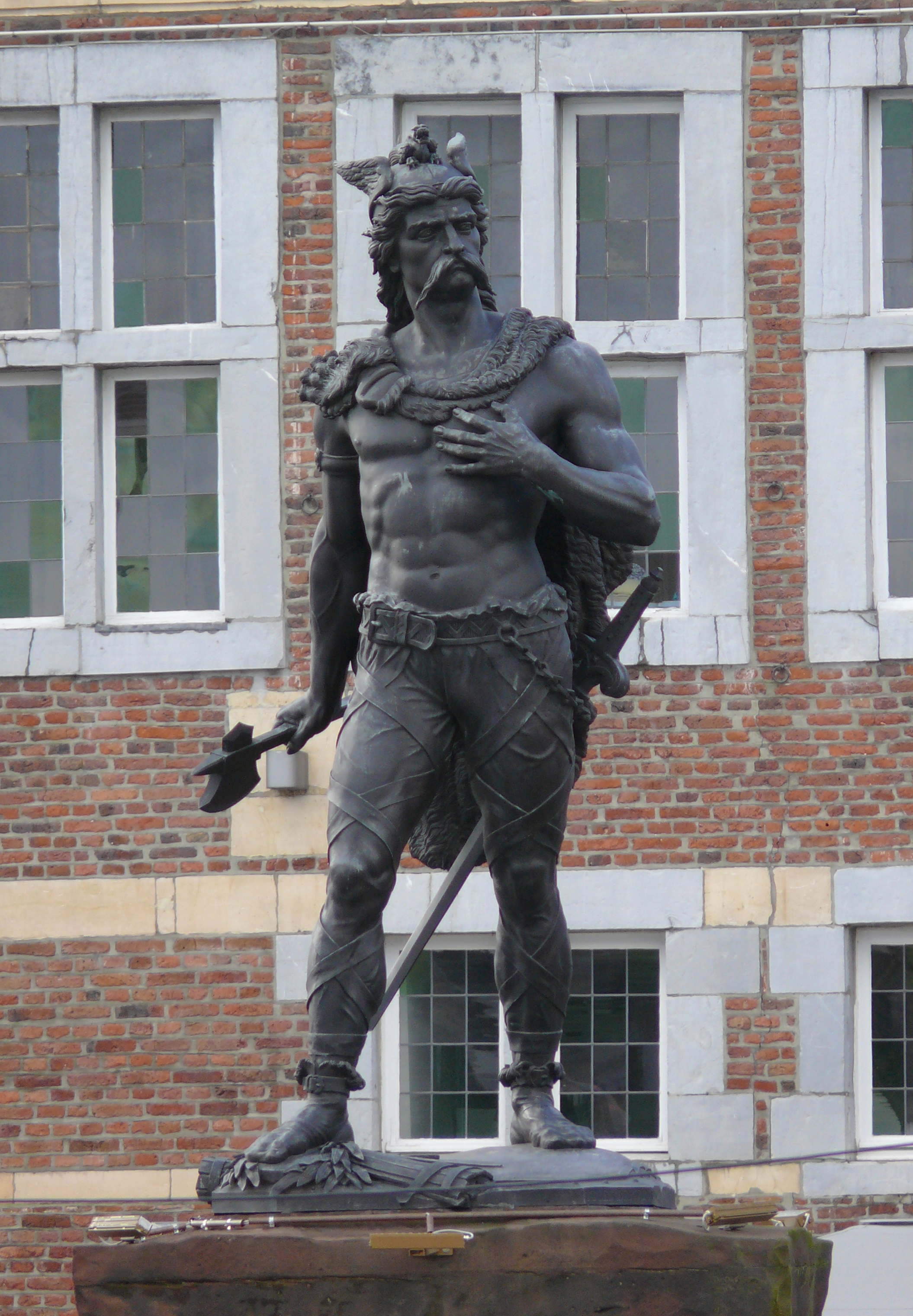 Until, that is, you enter the market square, when you begin to have doubts. Here there is no bust of a Roman Emperor or legionnaire. Instead is a 3-metre bronze statue of a wild-eyed warrior who would look at home in World Wrestling’s Hall of Fame. His long hair billows in the wind. He wields an axe. Tucked into his belt is a vicious sword. He sports a rippling six-pack and a Germanic moustache. This is no citizen of Rome, but the legendary Gallic chieftain Ambiorix. In the winter of 54/53 BC, Ambiorix led his tribe, the Eburones, to a resounding victory over one of Julius Caesar’s legions. Clearly Tongeren is simply proud of its history, no matter who wrote it.

However, while recognising Ambiorix’s noble efforts, Tongeren gives pride of place to the Romans. It’s to be expected — without them, the town wouldn’t have existed. Arriving in this fertile part of Belgica, they put down roots at a place they called Atuatuca Tungrorum. Ambiorix rose up and enjoyed his moment of glory, but the Romans weren’t going to be driven away by a six-pack with an axe. They fought back, the Eburones were wiped out, and Ambiorix fled.

Thanks to its strategic position at the junction of a number of important Roman roads, Atuatuca Tungrorum grew into one of the largest military and administrative towns in northern Gaul. In medieval times, churches, monasteries and a beguinage were added. Later it was appointed the judicial capital of Limburg.

A pleasant way to explore the town is via the waymarked Ambiorix route. This 4.5 km city walk will take you to all the interesting sites. A folder is available from the tourist office. Children might be interested in the Ambiorix tourist train. From 1 April it regularly circulates the key attractions on a 45-minute tour. 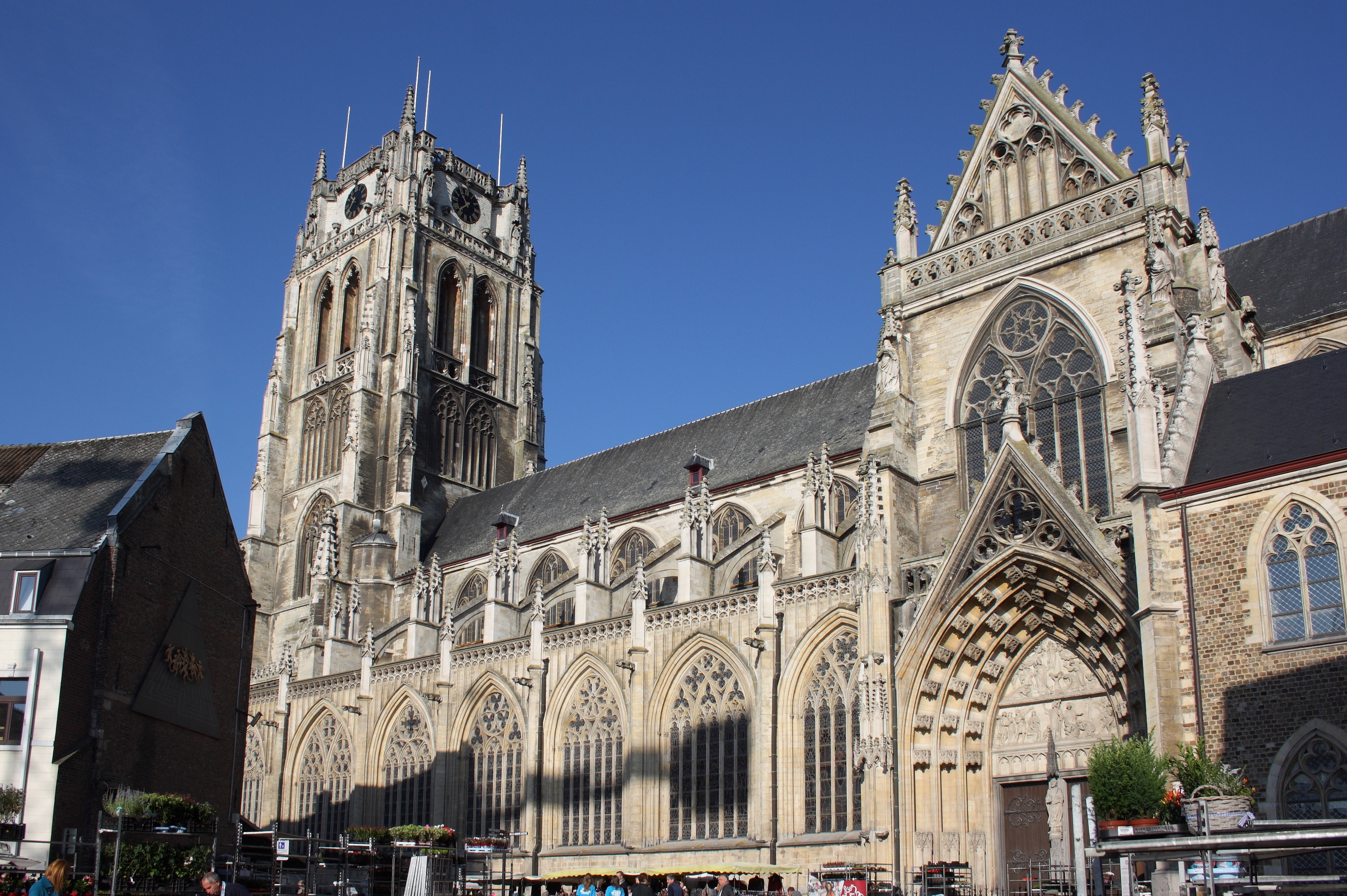 Dominating the town is the Basilica of Our Lady, with its 64-metre high bell tower. Construction started in 1240 and ended in 1544. It is considered one of the finest religious buildings in Flanders. Of course, as it’s located in the oldest town in Belgium, it might be expected that its Christian heritage goes back much further than the 13th century. It does. Archaeological discoveries prove that a church existed here as early as the 5th century. It was established by Saint Servatius. As Bishop of Tongeren he presided over one of the earliest dioceses in the Low Countries. His church would have been the first one north of the Alps to be dedicated to the Virgin Mary. Hence Tongeren is also known as the cradle of Christianity in northern Europe.

The Basilica’s Treasury contains one of the richest collections of church art in Belgium, including objects of inestimable value from the Merovingian period (5th to 8th centuries). The most prized possession is a delicate walnut statue of the Virgin Mary and Child from 1479 that is paraded through the streets every seven years. Also valuable are a 16th century retable (screen) depicting scenes from Mary’s life, a vast array of reliquaries, and an 11th century portrayal of the crucifixion, notable in that Christ is depicted as still alive; his eyes are open. 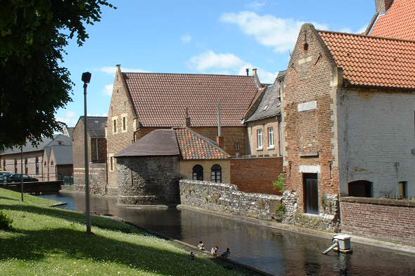 One of the most picturesque parts of Tongeren is undoubtedly the beguinage. Founded in the mid-13th century, it’s one of the oldest in Flanders. The reason for its charm is that it’s not enclosed like many other beguinages but is open, extending over a number of narrow streets. It’s like discovering a village within a town. In 1998 it was identified as a UNESCO World Heritage Site. 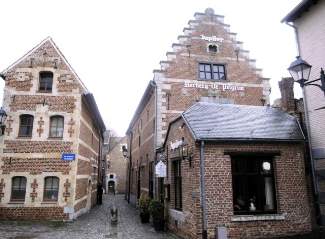 If you have been following the Ambiorix city walk, by the time you reach the beguinage you may have worked up an appetite. The quaint Herberg De Pelgrim in Brouwersstraat which dates back to 1632 is recommended, thanks to its good value pasta, salads and traditional Flemish dishes. 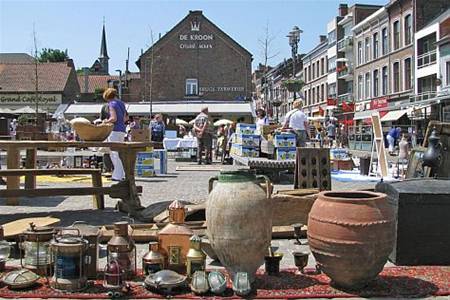 If antiques set you buzzing, then Tongeren on any Sunday morning is the place to be. For the past 35 years, its weekly antique market has attracted antique dealers and enthusiasts in their thousands. It’s easy to see why. The town’s streets are packed with stalls — over 350 of them in the best weather conditions. In addition, within the town are no fewer than 24 antique shops, all of which also open their doors on Sunday mornings.

Professional antique dealers and amateur enthusiasts flock here from all over Belgium as well as from the Netherlands, France and Germany. Coaches regularly arrive from the UK, thanks partly to coverage on the BBC’s Antiques Roadshow programme. Their sharp eyes and knowing glances flick over clocks, porcelain, furniture, chandeliers, silverware, paintings, baubles and all sorts of curiosities. To compete with them, you’ll have to set your alarm clock early.

For another fascinating way to spend some time in Tongeren, read my post on the Gallo-Roman Museum in Tongeren.

6 thoughts on “Tongeren: The oldest town in Belgium”