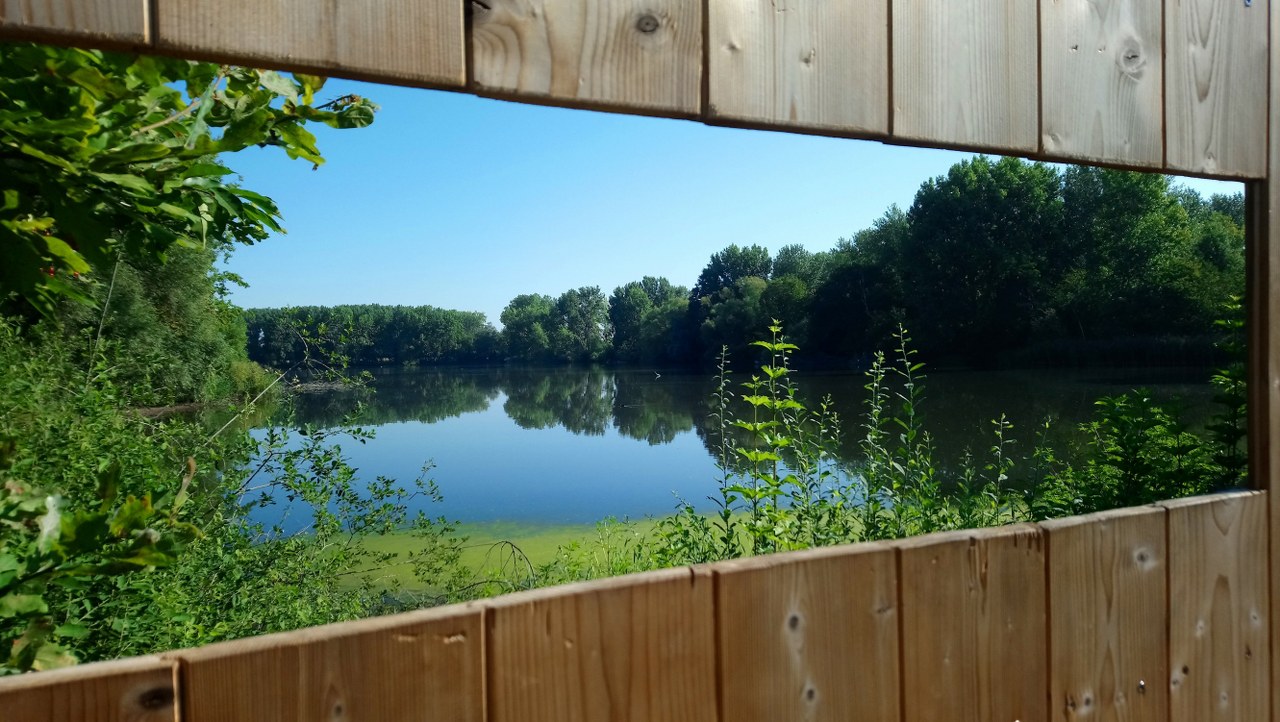 There’s a new family-friendly picnic area and scenic walk in Leuven – the Vijvers of Bellefroid.

For years, when cycling along the Leuven-Mechelen Canal, I was intrigued by glimpses of a large expanse of water behind the trees in Wilsele. On my map it was called the Vijvers of Bellefroid (the ponds of Bellefroid). But there was no public entrance; the entire area was private and inaccessible.

No longer! At the end of 2019 the city of Leuven bought the Vijvers of Bellefroid and opened it up to the public. Everyone can now come and enjoy the nature of this 21-hectare expanse.

The official press release mentions “a great diversity of ducks, geese and swans.” That’s like telling a plane spotter that different types of aircraft can be seen at Brussels airport. For more specific details I looked on Waarnemingen.be (a site where anyone can add their own nature observations). It’s clear that amateur naturalists have been quick to discover what’s actually hiding behind the trees. Recent interesting avian observations include great egret, little egret, common sandpiper, kingfisher and oystercatcher. These are in addition to the “usual” waterbirds such as great crested grebe, little grebe, heron and cormorant.

Not everyone wants to identify birds of course. The Vijvers of Bellefroid simply offer an opportunity for Leuvenaars to escape from the city and enjoy a few moments of peace amidst nature. Someone who has captured the area beautifully in her photographs is Wilsele resident Marijke Vaernewyck who has kindly agreed to share some of her photos here.

Thanks for these photos Marijke! I am hoping to display more of Marijke’s photos on Discovering Belgium in the future. In the meantime you can follow her on Instagram at @avemarijke.

The Vijvers can be reached from a path behind the Sportschuur sports centre in Wilsele.

Currently the footpath covers only part of one of the two ponds: the southern pond. The path is about one kilometre long. At the end you will have to turn around and retrace your steps. In the meantime, the city is continuing to work on a circular footpath that will run all the way around the southern pond. The northern pond is to remain inaccessible to give the local wildlife a measure of privacy and protection, which seems a good idea.

This is a good place to take the children or grandchildren. The footpath is wide and flat and is suitable for buggies.

Your kids probably won’t need much encouragement to explore the local nature. Here’s something I came across and managed to photograph. Why not show it to your children/grandchildren and ask them if they know what the insects are, and what they are carrying?

The answer is ants, and they are moving their eggs. Sometimes a nest can be disturbed and the ants have to quickly transport their eggs to a safer place. Maybe your kids will discover some other interesting little creatures on their exploration of the Vijvers of Bellefroid?

All in all, the Vijvers of Bellefroid are well worth a visit if you live in or near Leuven. It’s certainly a good place to take the children/grandchildren for an hour or two of outdoor exercise.

Any questions, just drop me a line, or a message:

And if you want to receive more posts with ideas of family-friendly walks in Belgium, just add your email below: