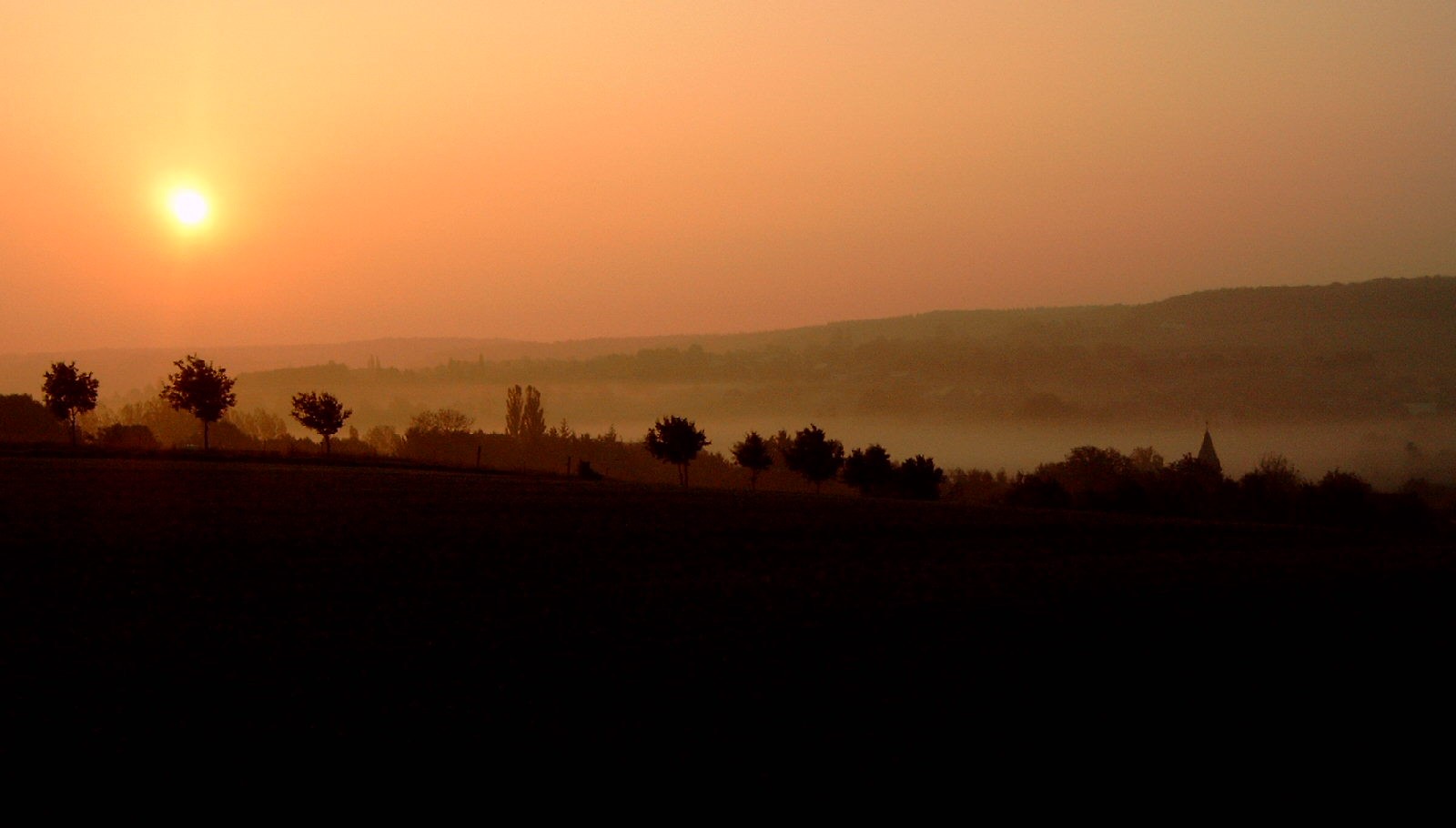 The Condroz is the plateau in the lower Ardennes that is located between the valleys of the Meuse and the Ourthe. Describing it merely as a plateau fails to do it justice however. It’s a succession of beautiful, verdant valleys and wooded hills. What’s more, its villages are remarkable for the opulence of their houses, farms, castles and churches. It’s also a wonderful place to go hiking.

You can start from Ciney, the capital of the Condroz, or the neighbouring towns of Hamois, Havelange or Somme-Leuze. Each has well-stocked tourist offices with plenty of walking guidebooks and maps. I was particularly impressed by the full-colour booklet entitled Balades et vous, which briefly describes 12 walks in the central Condroz region known as the VallÃ©es des Saveurs — the Valley of Tastes — so called due to its rich variety of delicious regional products.

Although the book stretches to 36 pages, you don’t have to take the complete publication with you. Each walk is on a single-page map which can be easily removed. The maps are so good and the routes so well signposted that once you have decided on which one to follow, it’s just a case of finding the start and off you go.

I chose the 8.3 km Le berceau du Bocq, which starts from the village of Scy and follows a circular path to Mohiville and back. It’s a lovely walk, and even has an excellently located picnic table exactly halfway along the route, next to the Maya fountain in Mohiville. The route also takes you alongside the imposing Chateau de Ry, which dates back to 1598 and harks back to the former agricultural riches of the region. These days it hosts weddings and receptions.

The 12 walks in Balades et vous will certainly keep you busy in the central part of the Condroz for quite a while, but don’t forget that the northern Condroz is equally interesting. Spending some time in and around Modave, for example, is definitely worth it. You could explore the village itself or stroll along the picturesque River Hoyoux, which flows into the Meuse in Hoy. You could take a tour of the 17th century Modave castle, which is perched on a rock 60 metres above the river. You could even make a weekend of it and explore the surrounding region, as there are many fascinating places to visit nearby, including an abbey, an early water filtration tower and two Roman ruins.

An excellent little walk of 7.5 km starts from Modave Castle. After skirting the grounds of the castle, the route takes you into the wide valley of the River Hoyoux, through the darkest of coniferous forests, up onto open farmland, and through the tiny hamlet of Survillers.

As a nature-lover I was greatly impressed by the flora and fauna of the Hoyoux river valley. Reed warblers and whitethroats were singing their hearts out; swallows and swifts were swooping over the meadows; and red kites and buzzards were soaring on the thermals. On the ground, lime-loving plants were abundant: crosswort, white campion, salad burnet, tower mustard, the strangely named Nottingham catchfly and the poisonous swallow-wort.

Further along the route, literally in the middle of nowhere, is a reminder of tragedy: a simple stone memorial bearing the names of five members of the RAF’s 77 Squadron, who were shot down here in the Second World War. 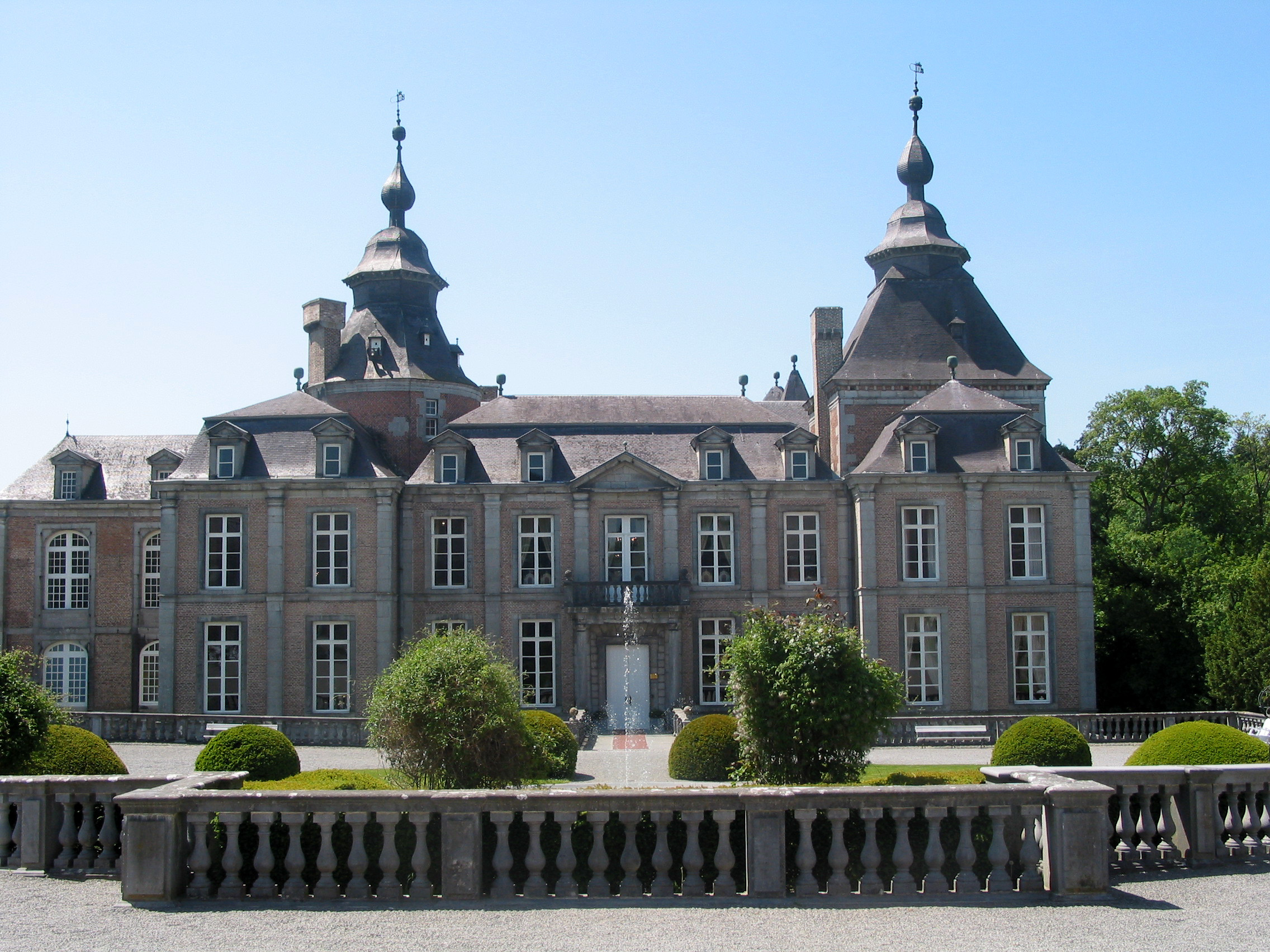 Modave Castle is situated on a rock, and some sections date back to the 13th century

Back at your starting point at Modave Castle you can eat in the cellar restaurant, which should rejuvenate you for a tour of the castle itself and its 20 richly furnished rooms. You can also see a model of a hydraulic water wheel invented by a local carpenter in 1667. If you still have energy, you can stroll around the gardens, or walk into the village where you can enjoy an evening drink outside the HÃ´tel des Touristes.

(First published in The Bulletin, July 2006)

2 thoughts on “Walking in the Condroz”