Walking where many had fallen 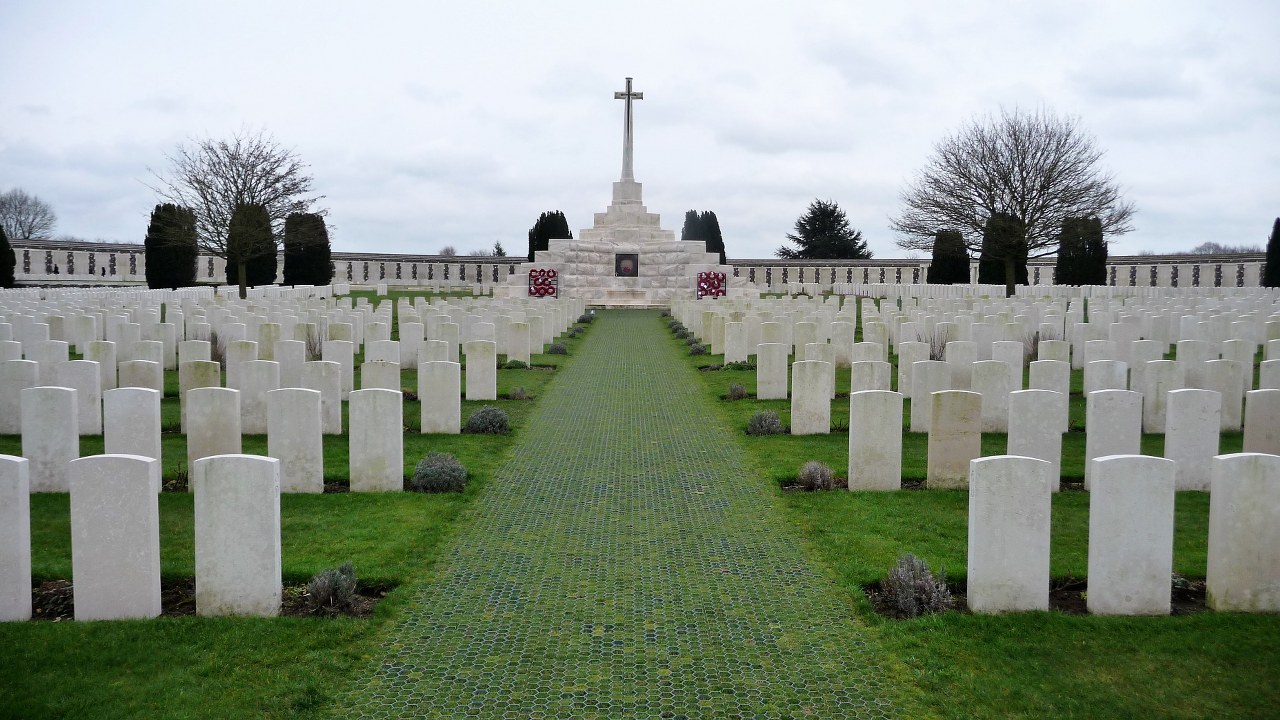 Two walks around Flanders Fields to some of the most poignant war memorials and cemeteries.

In a previous post, I wrote about the Memorial Museum Passchendaele 1917 in Zonnebeke, which recalls the horrors of one of the bloodiest battles of the First World War: the Battle of Passchendaele. In this post I introduce you to two walking trails starting from the museum, into the surrounding countryside, and to some of the most poignant cemeteries in Flanders Fields.

The Valley of Suffering

The objective of the Battle of Passchendaele was to capture Passchendaele village — or what was left of it. It was already in ruins, with no inhabitants.

It was a nightmare mission. Torrential rain turned the ground into a quagmire. The thick, stinking mud swallowed man and machine. Wave after wave of Allied forces were mowed down. Troops were called in from Australia and New Zealand only to perish within days.

Victory came at a huge cost. Eight kilometres of ground had been won. Casualties numbered 245,000 Allied and 217,000 German soldiers.

The Memorial Museum Passchendaele 1917 (MMP17) is an excellent museum that provides a wealth of information on the battle. It’s well worth a visit. Check out my earlier post for all the details.

Getting my feet dirty

Personally, however, I sometimes struggle with war museums. By their very nature, war museums have to be sanitized versions of reality. The Dugout Experience at MMP17 was fascinating; but tidy and dust-free. The replicated trenches were interesting; but smart and clean, with the bottoms of the trenches covered with smoothly planed wooden boards so that visitors’ feet didn’t get muddy.

Somehow, I felt very distant from the soldiers. I knew I had to do something else. I had to get my walking boots on.

Starting from MMP17 are two historical trails. You can ask for leaflets describing them in the museum shop. Each is 9 km long so if time is limited you may have to make a choice.

They will give you a chance to walk over ground where many had fallen.

The southerly route starts from the attractive Zonnebeke Chateau

The circular footpath takes you through Polygon Wood, scene of a massacre of British and Australian troops during the Battle of Passchendaele.

I had chosen an appropriate day. The cold winter wind whistled through my coat, the rain misted my glasses, and the fields of Flanders looked desolate and muddy. Probably a little like in 1916. Except that a hundred years ago the conditions would have been infinitely worse.

I was fortunate; at the end of the day I would be able to return home. The soldiers here were in this nightmarish landscape all day, all night, all week. But not much longer than that.

A soldier’s average life expectancy while in the trenches was six weeks!

But staying on the neatly maintained gravel footpath was still not enough for me. I wandered off the path and stood in a muddy field.

Watching the water seep up to my laces, I finally felt a connection with the past. Was this the same mud that those young boys had trudged through? And had perished in? Was I standing above their bones?

In the afternoon, starting from the Zonnebeke church, I took the northern route along the old Passchendaele railway line to Tyne Cot Cemetery.

Tyne Cot is the largest Commonwealth War Graves Commission cemetery in the world and the most important reminder of the bloodbath that was the Battle of the Passchendaele.

Tyne Cot is a sobering place.

Schoolchildren weaved silently in and out of the endless rows of white gravestones.

An elderly lady knelt down on the grass besides a gravestone and despite the damp grass, remained there for ten or more minutes.

A white-haired ex-soldier in a beret, with medals pinned to his coat, bent down and kissed a headstone. He wiped his tearful eyes with a finger and marked the sign of the cross on the headstone with his tears.

An elderly couple had obviously found the gravestone of a family member and seemed unable to stop taking photographs. Ten, fifteen, twenty or more, as if photographs would somehow bring him back.

Connect with the past

So visit MMP17. Watch the movies and listen to the audio tapes. Study the maps and the faded photos. Learn about trenches and dugouts. Marvel at the uniforms and the weaponry.

But don’t forget to go outside.

Stand in a muddy field.

Sit in the woods.

Connect with the past.

Walk where many had fallen.

38 thoughts on “Walking where many had fallen”