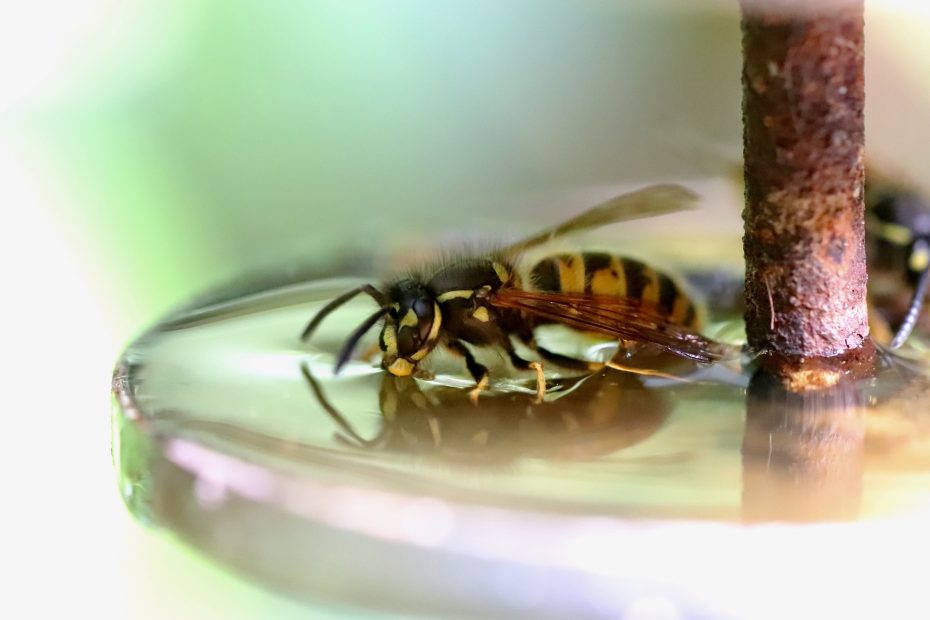 Wasps: You might be tempted to wonder what good they are, when they are terrorizing your picnic. But here are 6 ways that wasps are beneficial.

It’s been a good year for wasps – or a bad one, depending on your perspective. There are certainly plenty of wasps around, whether it’s deep in the countryside or in the middle of a city.

A couple of weeks ago I wrote about how to deal with wasps. Especially when hordes of these pesky black-and-yellow little buzzers invade your children’s garden tea party or family picnic in the park. I hope you found these tips useful. I also mentioned that despite their bad press and occasional aggression, wasps actually play an important role in the ecosystem. So what good are wasps? (Photos are different species of wasp found in north-western Europe, all photos from Pixabay).

Wasps are very important because they keep the ecosystem balanced. They are actually meat-eaters – if you consider insects as meat. Every year, millions of wasps consume millions of tons of creepy-crawlies that we consider a nuisance. These include caterpillars, greenfly, flies, mosquitos, spiders and other invertebrates. So from that perspective they are very much the gardener’s friend and ally!

A nest of about 6,000 wasps was studied. It was estimated that in just one week the wasps brought in half a million flies and 130,000 mosquitoes!

Adult wasps don’t actually eat the prey that they kill. They take it back to their nest and feed it to their young. Some species of wasp actually catch an insect and cut it up into manageable portions and carry them piece by piece back to the nest. It’s like carrying home the supermarket shopping one bag at a time.

If that sounds a bit gruesome, then that’s nothing compared to spider wasps which sting spiders and paralyze them, so that their larvae can eat their victim alive!

Wasps don’t just go after live prey, they find dead insects and feed them to their offspring. Without wasps, we’d be tramping through thick carpets of dead bugs! Maybe that’s an exaggeration, but wasps do have a vital role to play as disposers of dead bodies. Carcasses of small mammals, amphibians and birds are also bitten into pieces and fed to the larvae.

While nowhere near as important as bees, wasps do have a role to play in the pollination of plants. This happens as they transfer pollen between flowers while they are visiting them to drink nectar.

This thirst for sweet liquids also explains why they become so bothersome at this time of the year. We inundate our picnic tables with lots of sugary drinks, which give the wasps an easy opportunity to load up on carbs.

Some plants are completely reliant on wasps for pollination. Most of these are orchids which over time have evolved to mimic female wasp pheromones – some even look like the back end of a female wasp. Males of certain wasp species are duped into copulating with a sexy-looking orchid, during which pollen is attached to him and transferred to another flower.

A source of food

Wasps are also a food source for other animals. These include other wasps, as well as hornets. Talking of hornets, did you read my article on the invasion of Asian hornets in Europe?

I don’t have personal experience of this, and probably never will have, but wasps are also a source of food for humans. Over two billion people around the world consume insects as part of their diet. I found an interesting statistic that claims that wasps account for 4.8% of all insect species eaten globally!

Some wasp nests provide homes for other beneficial creatures, such as hoverflies. It sounds a risky business for the hoverfly, but apparently the two species have been found co-habiting peacefully.

Researchers at the University of Florence have discovered that wasps feed on late-season grapes, which are rich in wild yeast. The yeast cells over-winter in the stomachs of hibernating queen wasps and are then passed on to their offspring when they regurgitate food for their young. The new generation of wasps then carries the yeast back to the next season’s grapes. This helps to enrich the flavor of the wine! Cheers!

So there you are: 6 ways that wasps are beneficial. Wasps aren’t the evil, malicious baddies of the natural world. Although they cause us aggravation and annoyance during the summer months, they have an important role to play on the planet. And believe it or not, we need wasps in the world. Just not on our strawberries and ice cream.