Enjoy a winter break in Belgium 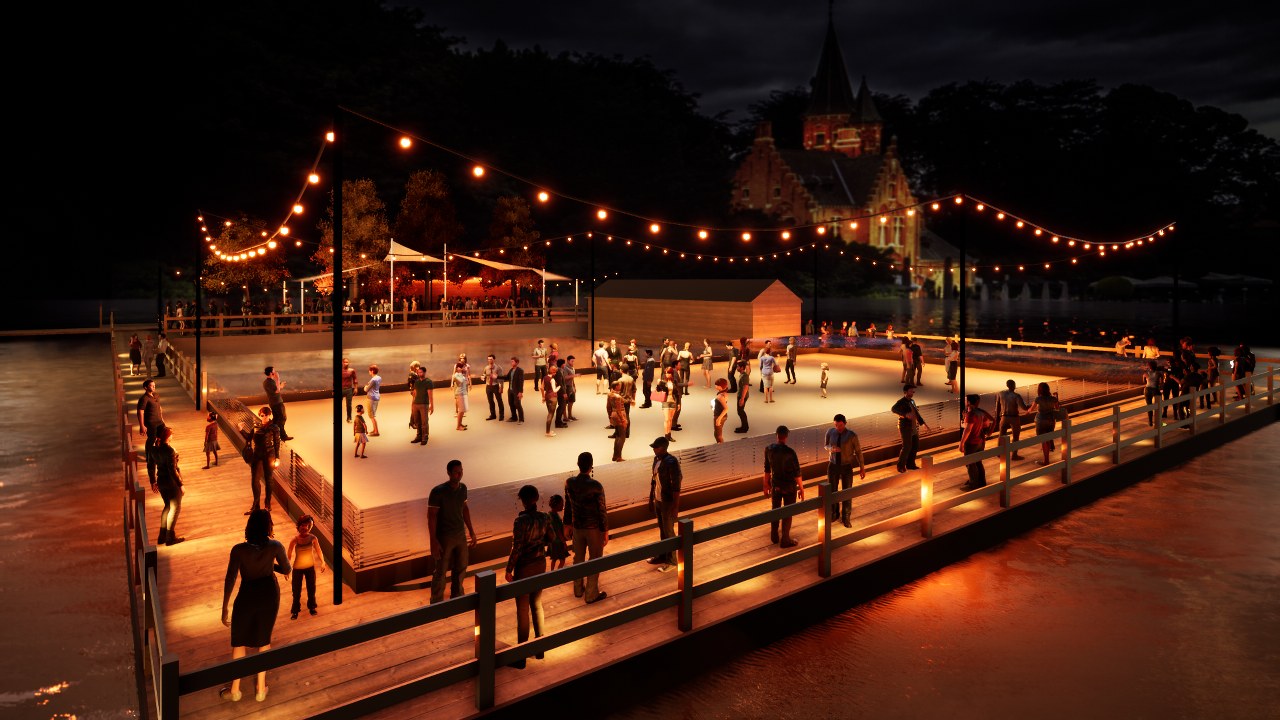 With input from freelance writers Jane Edwards and Joonie Beaux, here are some reasons why a winter break in Belgium makes sense.

If you’re thinking about going on a family holiday during the winter months, then Belgium might not automatically come into your mind as a vacation destination. However, there’s something for everyone to enjoy in the country in the winter months. Here are a few ideas that make Belgium a good choice for a winter break, whether as a single person, a couple or as a family.

Yes, it’s going to be cold — but temperatures in Belgium rarely drop below freezing point. However, when you’re out and about on a chilly winter evening, there’s nothing better than warming up with a hot chocolate!

Check out places such as La Pain Quotidien, where you can get a 5 euro mug of hot chocolate that’s big enough to be shared. In Le Comptoir de Mathilde, you’ll get to choose from a wider range of types of hot chocolate than you thought ever existed. Or take the kids to Le Mercerie for a marshmallow-filled drink that’s sure to be a hit.

Virtually every city and large town in Belgium has a Christmas market, and Brussels is no exception. Here it’s located in and around the Grand Place. Running until 5 January 2020, it’s the ideal place to snap up interesting and often unique Christmas gifts and ornaments. Also at the Grand Place is a Christmas light show, while there’s an ice rink in nearby Place de BrouckÃ¨re.

Antwerp: “In the jungle, the mighty jungle”

The best time to go shopping for holiday gifts in Antwerp is in December as it’s when all the shops are open, even on Sundays. Take your pick among all the shopping districts in the city such as the Fashion District, Meir, Quartier Latin, and Wilde Zee for some good finds for everyone on your Christmas list.

The city is also abuzz with activity during the holiday season as the locals and visitors celebrate Winter in Antwerp. This year, the celebrations begin on 7 December and end on 5 January. During this time, you can skate around Groenplaats. Not a skater? Don’t worry: first-timers can get some help from a cute penguin on skates. You can also check out the winter fair along the Scheldt and eat delicacies at any of the winter markets on the Steenplein, Suikerrui, and Grote Markt.

We are also intrigued by the Jungle Book Light Festival in Antwerp Zoo. The kids will love this unique and illuminated tale of the adventures of Mowgli, Bagheera, Baloo and friends.

Of special note are two Christmas concerts marking the official public opening of the newly renovated Antwerp Stock Exchange. These will take place on December 21st and 22nd 2019.

This fantastic historical building is the oldest stock exchange in Europe and it was a model for later stock exchanges in cities like London and Amsterdam. This dilapidated monument had been closed for over 20 years. After extensive renovation it has now reopened as a unique event location for company meetings and events, for fairs and conventions.

To mark its re-opening, two public Christmas concerts have been organised. CASCO Phil, the Chamber Orchestra of Belgium along with soprano Hanne Roos will be performing Christmas classics from composers such as Mozart, Tchaikovsky and Brahms. At the end of the concert, the public gets the chance to sing along to two Christmas songs together with the whole ensemble.

Those who wish can also stay for Christmas drink, a delicious walking dinner and an exclusive introduction on the past, the present and the future of the renovated Antwerp Stock Exchange.

Part of the earnings of these concerts will go to an Antwerp organisation for homeless people, and a number of tickets will be given to underprivileged people in Antwerp through the organisation STA-AN. So get your tickets before they sell out!

Ghent: Going back in time

The city of Ghent has also come up with something a bit different. If you’ve ever wondered how people in the 1920s managed to celebrate Christmas without selfies and light shows, then head to Sint-Veerleplein for its Back to the 20s theme. Here, you can ride an antique merry-go-round and spend time with your loved ones at an old carousel tent. But don’t worry: selfies are still allowed!

What’s that you say, 100 years isn’t far enough back in time? Well, how about returning to the 15th century and the Burgundian atmosphere? If this rocks your boat, then you need to head to Gravensteen Castle and get a ticket for its Winter Wonder Castle. What can you enjoy? Scrumptious banquets, fabulous decorations, dress up like a Flemish Primitive, and of course a glass of Medieval ale or mulled wine.

Not to be outdone by its neighbour and “friendly competitor”, Bruges has also pulled out all the stops to put on a great winter experience for locals and visitors. It starts the moment you arrive at the railway station. Two illuminated trails on facades, trees and the ground lead you through all the great sights of this beautiful city.

Part of the magical Minnewater (Lake of Love) has been transformed into an ecological ice skating rink. Its synthetic ice uses groundbreaking (“icebreaking”?) technology that reduces the energy and water consumption of traditional ice rinks to zero. And of course there are the traditional Christmas and winter markets on Markt and Simon Stevinplein

Leuven celebrates the winter season with classical music concerts at Saint Peter’s Church and Christmas markets. Plus a winter garden where you can warm up with a cup of mulled wine or hot chocolate (yes, Belgium loves its chocolate!) You can also feast on the offerings from food trucks duringÂ the Food Truck FiestaÂ at the Grote Markt. So make room in your tummy for local food as well as treats from Asia, Mexico, and Africa. Before leaving, let your kids take some pictures with Father Christmas for a nice souvenir of your time in the city.

Wallonia: All kinds of winter sports

So much for the cities. What about if you want to get away from the noise, lights and bustle and enjoy some fresh air and exercise in Belgium? Well, there’s nowhere better to go than Wallonia.

OK, so it’s not the Alps — the highest ski run is “only” 530 metres above sea level. But it does have a flourishing skiing industry, with eight ski centres in the Ardennes. And the weather can at times turn quite Alpine. The ski centre at Ovifat even calls itself “Ski Alpin Ovifat”.

One of the best downhill resorts is considered to be at Mont des Brumes, between Francorchamps and La Gleize. It has four lifts and a run of about 1,000 m, including a hair-raising “red run” section. In Ovifat you can enjoy 40 km of skiing and sledging runs, with options depending on your skill level.

Botrange: The highest point in Belgium

No talk of winter sports in Belgium is complete without talking about Botrange. It’s accessible via the N767 which runs across the summit between Eupen and Malmedy.

One interesting feature about the Signal de Botrange is that it is currently 24 meters higher than it used to be! Originally it was measured as 694 meters above sea level. This changed in 1923. The government of Belgium built a 6-metre stone staircase on the peak. This gave it a boost to hit the magic 700-metre mark.

The building of the staircase was considered rather an odd move, as it led … nowhere! So in 1934 further construction work was carried out at the peak. An observation tower was built to push the height to 718 metres above sea level. However, if you’re talking about its natural height, you would have to say it’s “just” 694 metres high.

At the Botrange Nature Centre you can rent skis, shoes, poles and sledging equipment and enjoy the sledging and cross-country runs.

If you’re not keen to ski or sledge, here are five ideas for great winter walks in the Ardennes.

We hope that this has given you a glimpse of what Belgium has to offer you for a winter break. Add a comment if you know of other winter activities that you can recommend.

18 thoughts on “Enjoy a winter break in Belgium”