The story of the wolf in Belgium 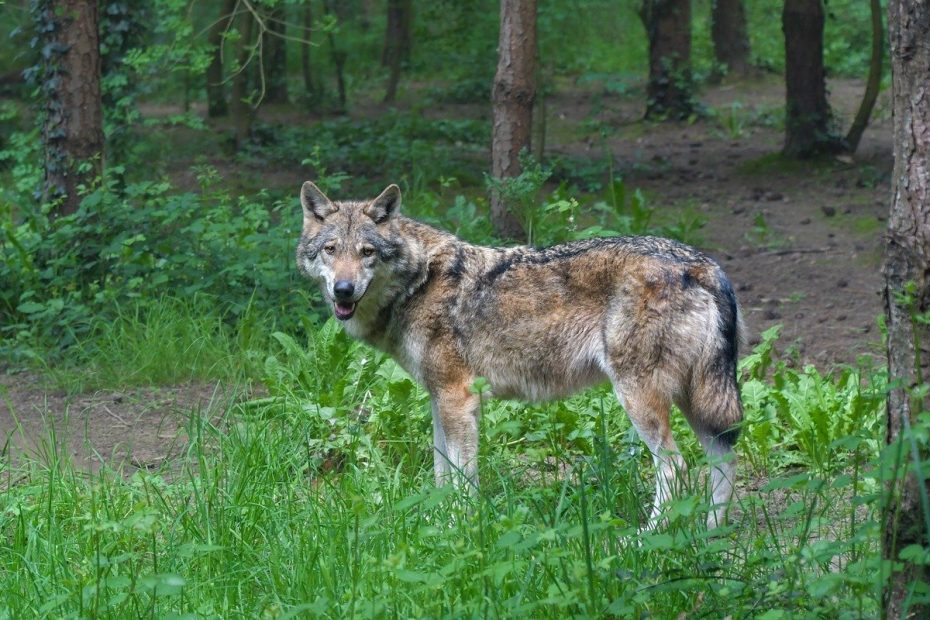 Two small wolf packs have established themselves in Belgium: one in Flanders, and one in Wallonia. Here is a short history of the wolf in Belgium.

The decline of the wolf in Europe

The extermination of wolves in north-west Europe first became an organized effort as long ago as the Middle Ages. In England, the last wolf was killed in the early 16th century. Wolves survived longer in Scotland – until 1684. The last wolf in Ireland was seen in 1786. Wolves fared better in Scandinavia. The last wolves were exterminated in Sweden (1966) and Norway (1973), while in Finland numbers are currently around 350 individuals.

In Belgium, wolves were fiercely persecuted in the 18th and 19th centuries. Hunting was popular in the country in those days, and many traditional game species were becoming in short supply. This led to conflict between humans and wolves. And the ones holding the guns were always going to win. The last wolf on Belgian soil is said to have been shot in 1898 near Virton.

In Central Europe, wolves were dramatically reduced in number during the early 19th century. The last wolf in Bavaria was killed in 1847, and the wolf was no longer seen in present-day Germany after 1904. It had disappeared in Switzerland before the end of the 19th century.

As of 2017, the grey wolf was listed as regionally extinct in eight European countries: Austria, Belgium, Denmark, Ireland, Luxembourg, Netherlands, Switzerland, and the UK.

The rise of the wolf in Poland and Germany

In Eastern Europe, wolves were never fully exterminated, due to the area’s large forested areas and its closeness to Asia where populations thrived.

The European Habitats Directive was introduced in 1992 to protect wild animals in Europe. It punishes the killing of wolves unless necessary for the protection of other interests such as agriculture.

Since coming under legal protection, wolf populations in Poland began to increase to a sizeable number of wolf packs. From these, wolves began to expand into neighboring Central European countries. From the east of Poland, wolves migrated to Lithuania, Belarus, Ukraine, and Slovakia. From the west, wolves expanded into eastern Germany. In 2000, the first pups were born on German territory.

By 2012, an estimated 14 wolf packs were living in Germany. Since then, the population has steadily increased and the area of distribution has grown and extended throughout Germany. By the end of summer 2021, around 1400 wolves – adults and young ones – are estimated to be living in Germany.

In recent years, some of these German-Polish wolfs have been stretching their legs and heading towards the Netherlands and Belgium …

A timeline of the wolf in Belgium

Here is a brief timeline of the key sightings of wolves in Belgium.

Check out this interesting video in September 2020 of a meeting between a wolf and wild boar in Limburg.

Other wolves are spotted frequently throughout Belgium, including the port of Antwerp, and an industrial estate near Leuven. It seems that wolves in Belgium are here to stay.

Not everyone likes wolves in Belgium

Wolves are of course big predators. Since their arrival in Belgium they have been reported as killing various sorts of farm or domesticated animals. Just as I was writing this post, news arrived of a wolf digging a hole under a fence and biting four fallow deer to death. Just three days earlier, a sheep farmer in Limburg reported seeing a wolf jump over a fence and kill some of his animals. In May, the wolves in Wallonia attacked and killed 18 sheep in a flock, Over the last few years stories like these are becoming more frequent.

The conflict between large carnivores and the agricultural community is of course centuries old. It has resulted in farmers continually developing new and better ways of keeping their livestock safe. In Belgium, fences have – until now – never had to be wolf-proof.

There will also be renewed enthusiasm for shooting, trapping and/or poisoning these wolves to prevent such losses. While there is no evidence that this is happening in Belgium, as wolf numbers continue to rise, so too will attacks on farm animals. It’s possible that farmers will take matters into their own hands. Particularly if they don’t consider any financial compensation for the loss of their livestock sufficient.

A bit of perspective

As soon as a farmer loses an animal to a wolf, it makes the media. However, in Flanders over the last five years, only five cows have been attacked by wolves. Compare this with data from the Netherlands, where every year around 100 cows are killed by lightning. Even more concerning is the fact that in Belgium it’s estimated that 6,200 cows get ill each year through eating litter thrown into their fields, and as many as 2,000 do not survive.

Four ponies have been attacked by wolves in the last four years. This is unfortunate for the ponies and their owners of course. But every year in Belgium, around the same number of horses, ponies and other animals die either directly or indirectly due to fireworks.

What do Belgian wolves eat?

The diet of the first Flemish wolf pack has been intensively studied by researchers from the Institute for Nature and Forest Research. They picked up 140 wolf droppings and analyzed the hair, bone and tooth remains in them. 90% of the droppings contain remnants of wild roe deer and wild boar. These animals are clearly their preference. Roe deer are relatively easy prey and can be killed by wolves without too much risk to their own welfare. Wild boar, on the other hand, can be dangerous. Wolves therefore prefer young wild boars, according to the analysis of the droppings: more than half of the wild boar remains came from animals younger than five months.

Accept or reject the wolf in Belgium?

Is the wolf a terrible predator with an insatiable appetite for death, destruction and animal suffering that shouldn’t be allowed the space to exist in Belgium? This is the view of certain farmers, and even a section of the general public. Last year an anti-wolf march was held in Limburg and attracted over 3000 people. “It’s a nice animal, but it doesn’t belong here” was the message.

Just a couple of observations to consider. Wolves were in Belgium long before Belgians were, so they have just as much right to belong here as we do. And getting all het up about a calf being killed by a wolf seems rather hypocritical considering the conditions that calves and other intensive farmed livestock are reared in. As I mentioned earlier, let’s get this into perspective. And if you love your pony, invest in a proper wolf-resistant fence.

Unprotected herds of sheep and goats are easy prey for wolves. To minimize the risk of loss of livestock by wolves, farmers are being encouraged to protect their livestock with wolf-resistant fencing. The Flemish government is providing 80-100% of the material costs through a subsidy. Such fences have been proved to work very successfully.

My conclusion on the wolf in Belgium

While researching this story, my respect for the wolf has increased. This is a wild animal that has faced huge persecution through the centuries across Europe. It has been hunted mercilessly with arrows, spears, knives, traps, nets, poisons, dogs, and bullets. It has disappeared from much of the continent. Yet it clung to its existence, and when finally protected, it began to thrive once more. And not just thrive, but spread out into new, foreign territories. This has brought its own challenges. Crossing Europe’s crowded road and rail infrastructure. Seeking out new prey in unknown habitats. Coming face-to-face with new enemies – farmers and landowners and the general public who have never before had to deal with wolves. Yet the wolf continues to show its innate strengths of perseverance and versatility. It’s an animal built to survive.

Personally I am delighted that the wolf has returned to Belgium. We read far too many stories of species disappearing from our country and/or planet. It’s time to welcome one that is bucking the trend.

What do you think? Are you for or against the wolf in Belgium? Add a comment below or drop me a line.

Add your email below to get notification of new posts in your inbox:

14 thoughts on “The story of the wolf in Belgium”