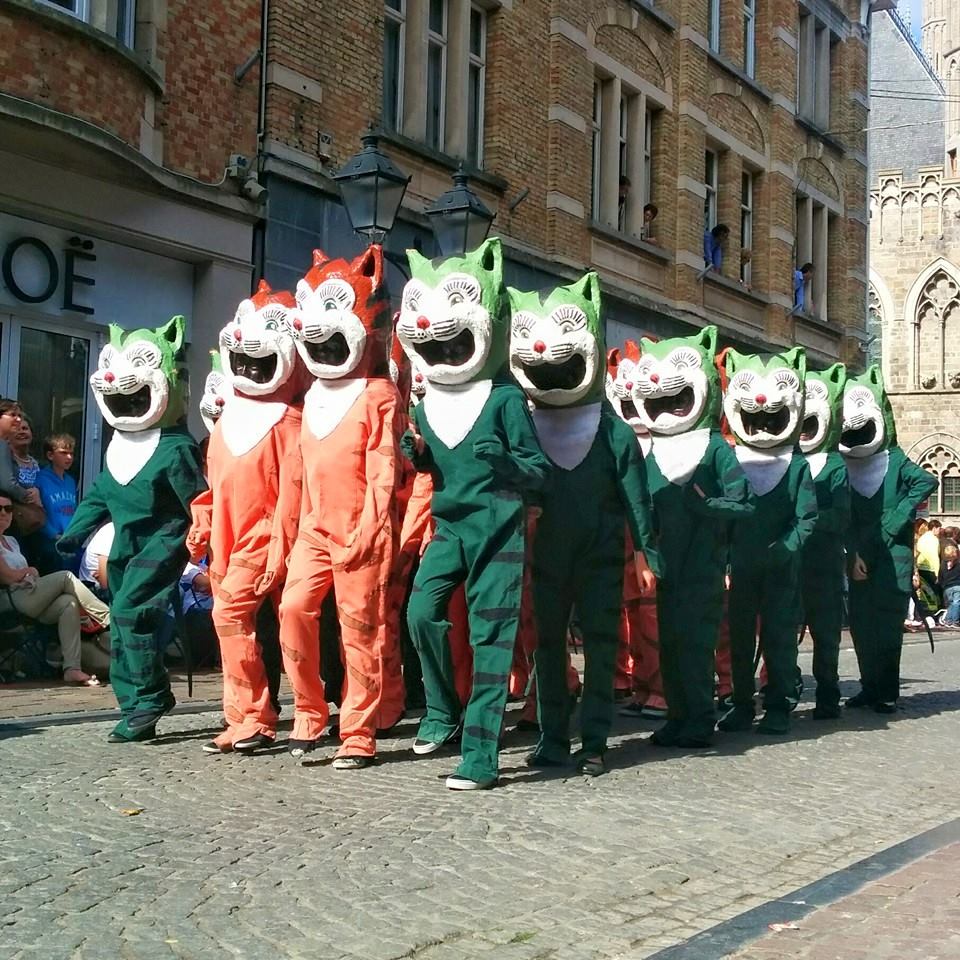 It is with a heavy heart that I bring the news that if you missed this year’s Cats Parade on Sunday, you will have to wait another 3 years for the next one. It therefore seems cruel to let you all in on what you missed out on if you weren’t there. However, a blog about things worth seeing in Belgium would really not be complete without full coverage of such an event. So bear with us.

First off, there were no actual cats at this parade. Please do not attend this event expecting a parade of actual cats. I made this mistake, and as a result spent the first hour upset and confused. What I was seeing was awesome, spectacular and brilliant, and it was a shame that it should have been sullied by anything. So please take heed, do not expect actual cats. I mean, how on earth would you manage to get cats to go where you want them to go? Never mind get them to parade. There were also, despite what the program said, no actual cats being thrown off the Belfry tower either. Only plush toy cats. Some of you may be relieved by this news; others may see it as a disregard for tradition. I make no comment on where I stand. All I’ll say is that Ypres prides itself on being one of the only places in the world which still carries out ritualistic cat torture, and it’s a shame they’re not wholly committing to it.

The parade started with an hour long “caravan” of promoters, who supported the whole event financially. A necessity for a free event, and not as tiresome as one might expect. Most of the local businesses made an effort to put on a show and dress up, and most threw sweets at the crowds as they passed. If you are going in 2018, don’t miss the beginning. It’s tempting, and analogous to missing the trailers when you visit the cinema, but it will mean you’ll miss out on a good position in the crowd, and also on piles of complementary confectionery.

The Cats Parade itself was the main event, and lasted a whopping 2 hours. It was divided into themed sections, such as the Egyptians (who as we all know worshipped cats), cats in the middle ages, cats in mythology, Celtic cats, Germanic cats and the cats of Ypres, and many others. There was a heavy historical aspect to the whole event with Vikings, the Knights Templar, and Egyptian gods. The connection to cats was not always obvious, but there was more cats than to meet anyone’s expectations or desires. 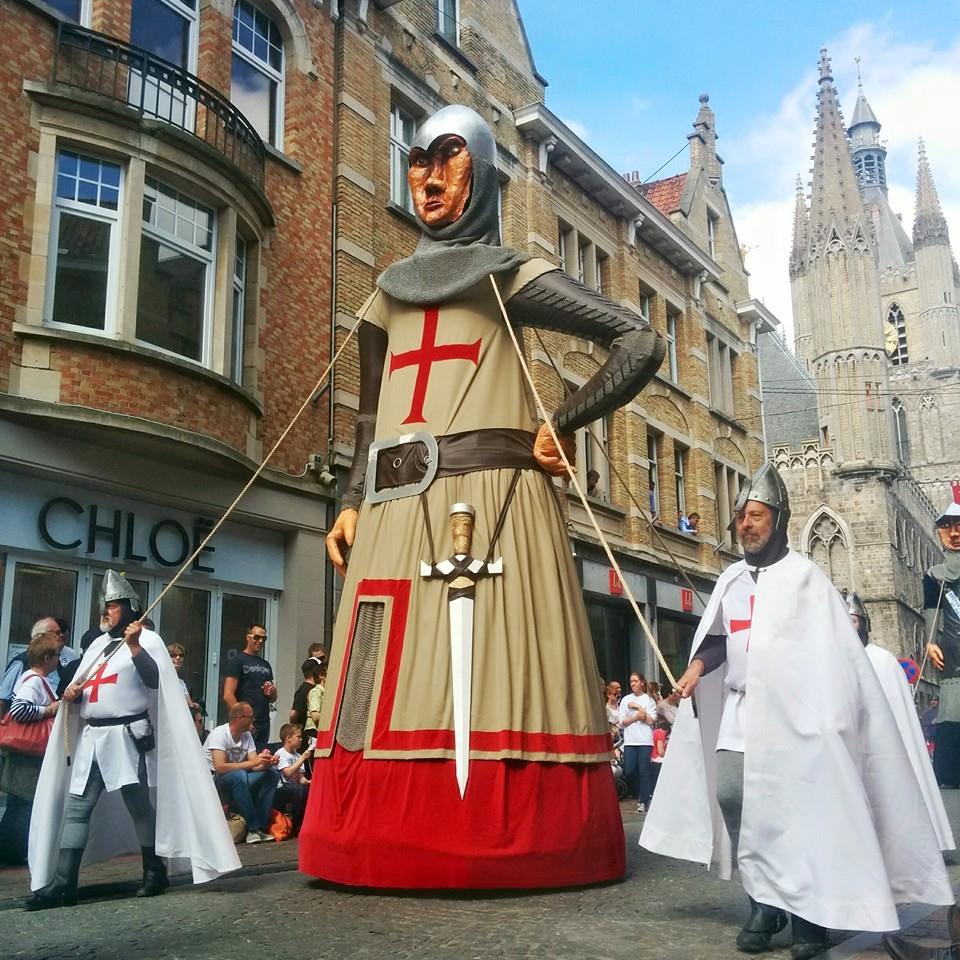 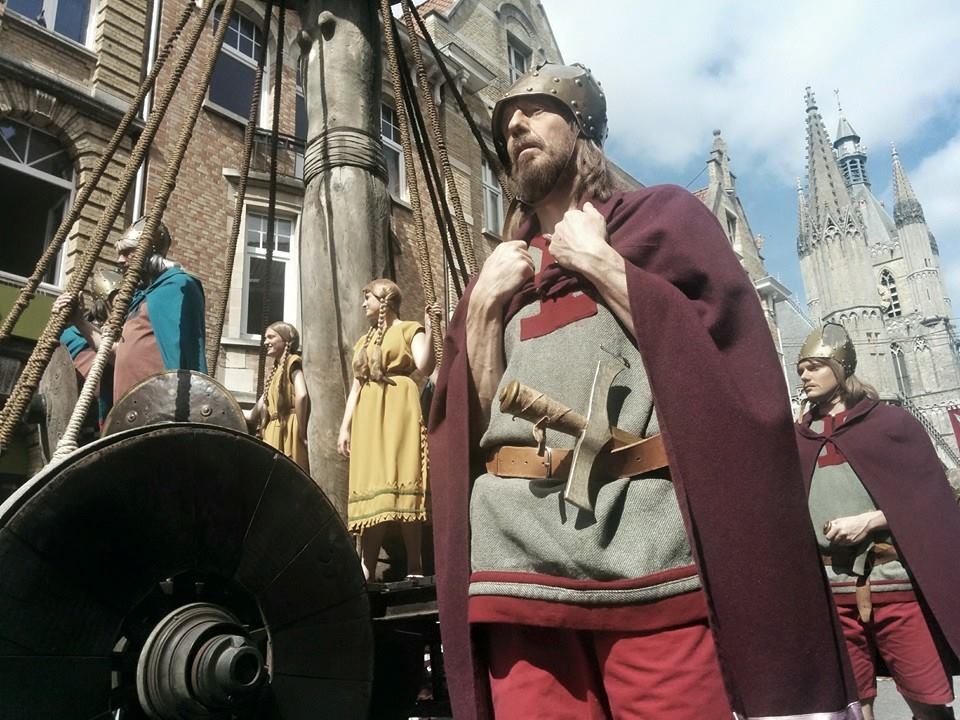 There were performers all the way from Japan, there were so many marching bands I lost count, there were jugglers, flag throwers and dancers. There were people dressed as cats doing gymnastics, pole dancing, drumming, disco dancing, ballet dancing and jazz dancing. There were giant 5-story-high cats, and giant papier mache float cats. 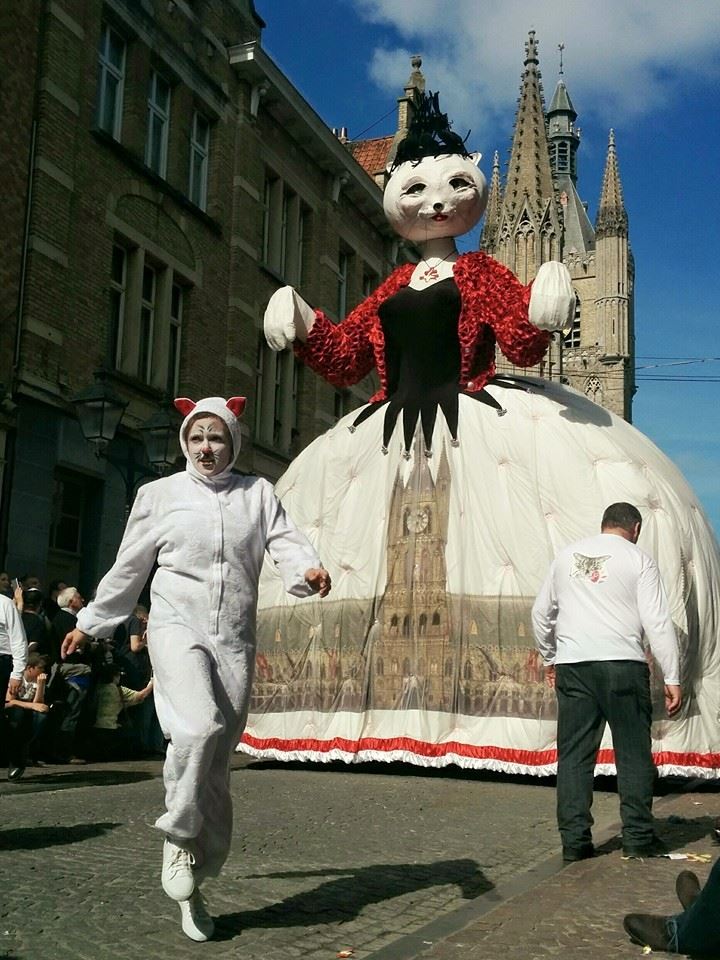 There was also a homage to witch burning. Not only did the city hold a ritualistic witch burning later in the evening, which I unfortunately had to miss to get back home, but the parade was littered with terrifying witches, floats dedicated to the dark arts, and fire breathers. Having missed it, I don’t know if any actual witches were burnt, I suspect not, given the other misleading information from the program, but it still might be worth sticking around to find out next time. 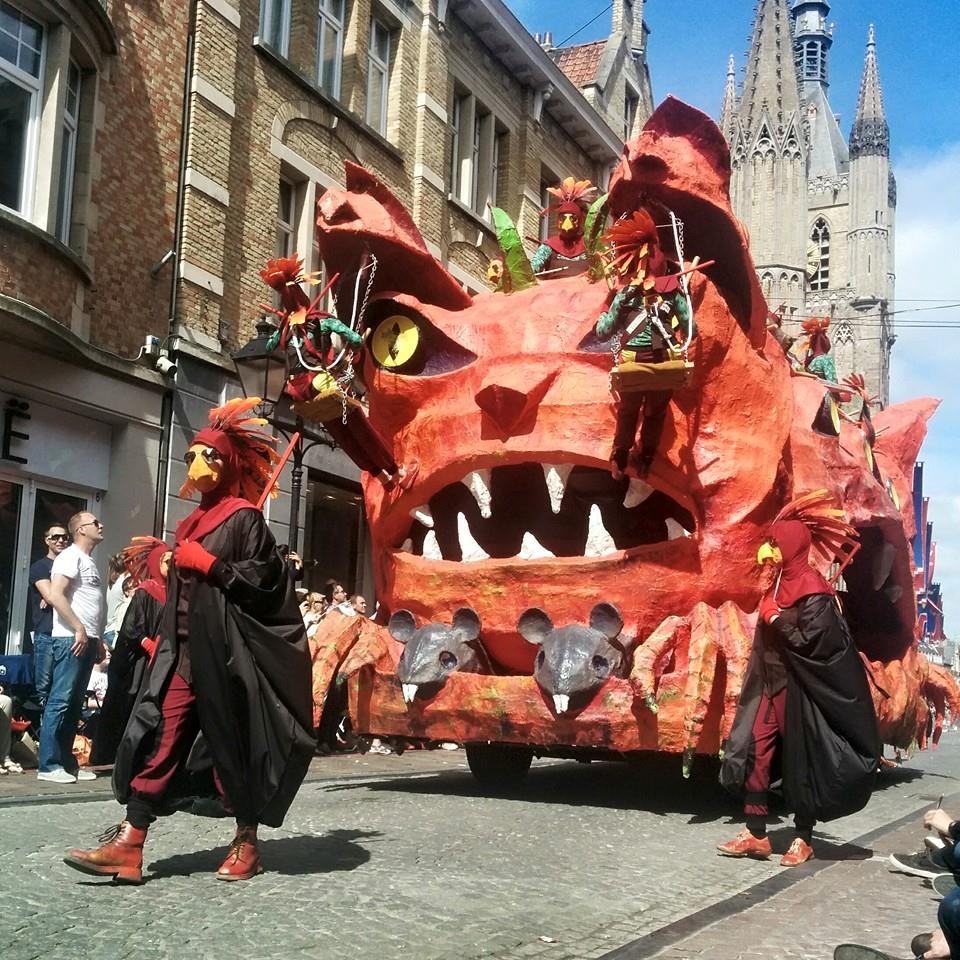 Overall, it made for a remarkable spectacle, and I understand why this tri-annual event draws crowds from all over the world. Buy a calendar for 2018 now, and make sure it’s in there. 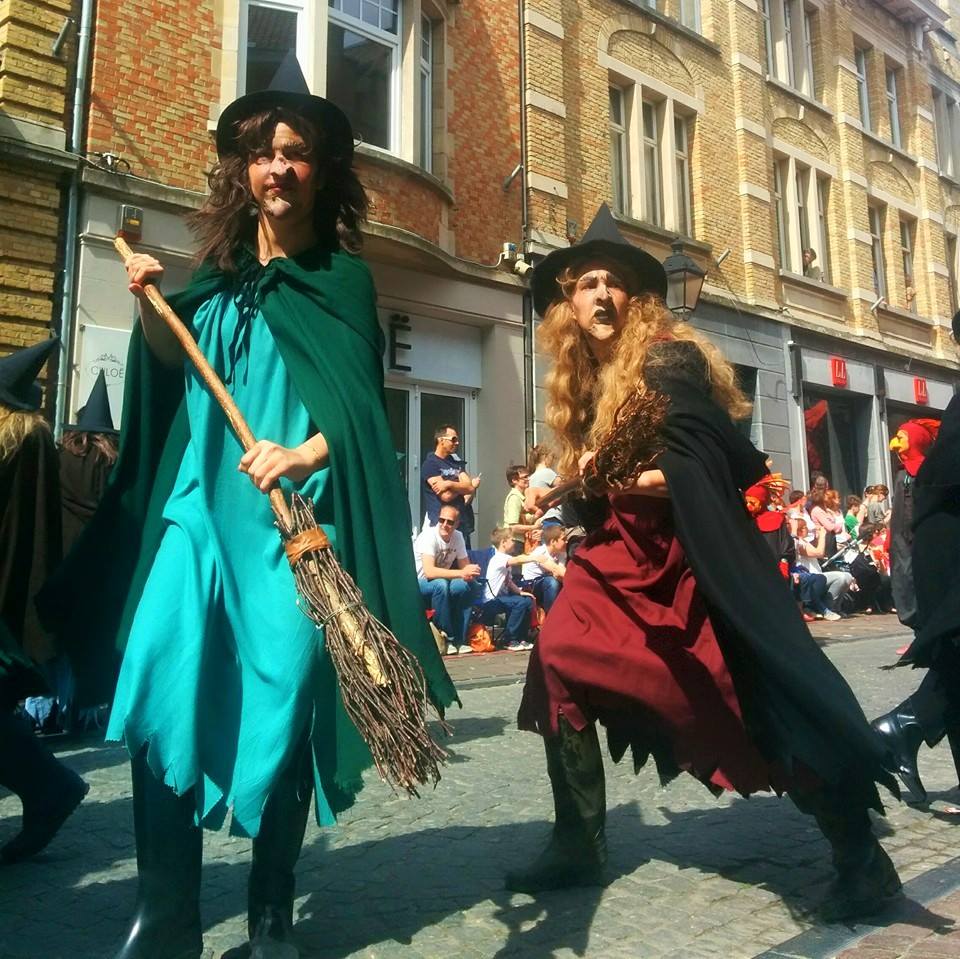 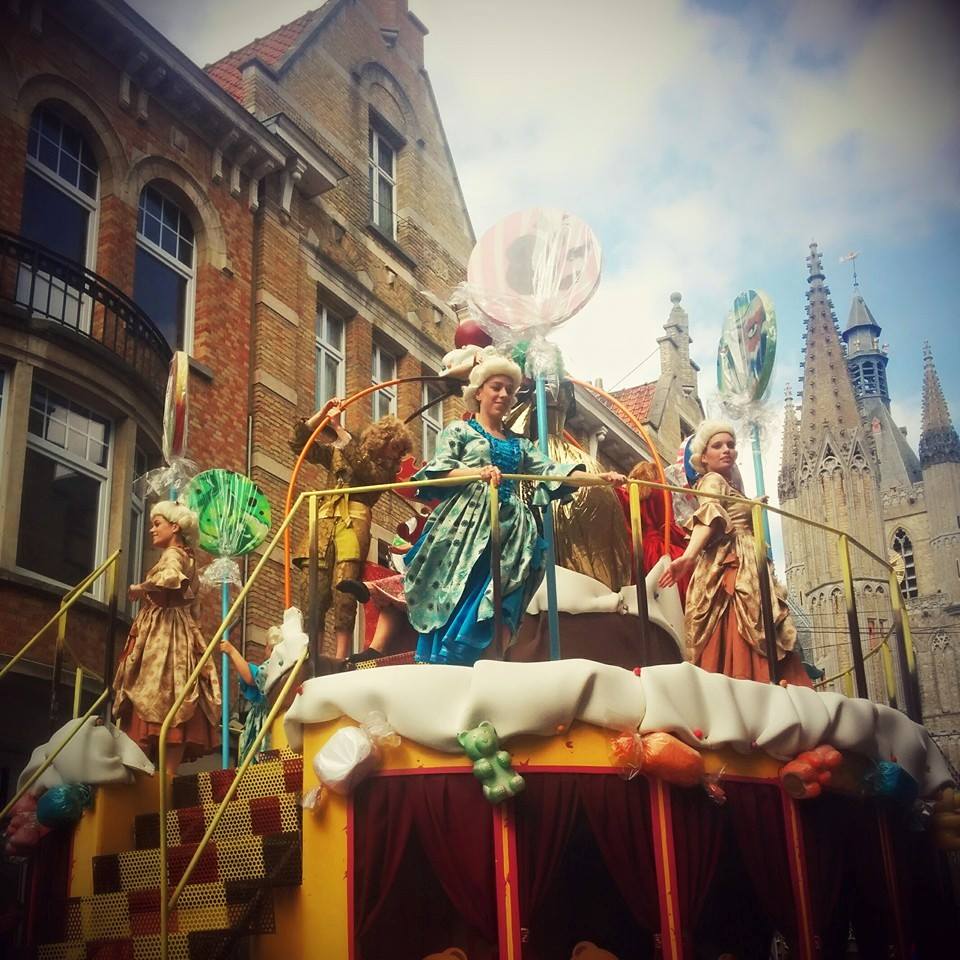 Thanks Hannah for your great report and photos.