The Tobacco Museum in Wervik 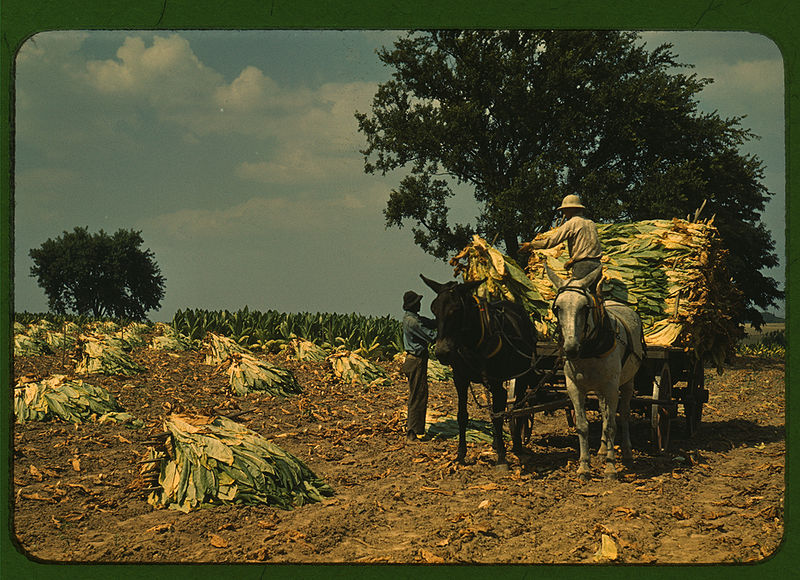 If you recently kicked the habit and have just stubbed out your last Marlboro, then the National Tobacco Museum in Wervik is probably not for you at the moment.

But for anyone else, it’s highly recommended as it gives a fascinating insight into the history of tobacco over the last four centuries.

Tobacco has been cultivated in Flanders since 1650. The fields around Wervik in West Flanders were the industry’s centre of productivity. The golden age was immediately after the Second World War and then between 1970 and 1985. However, in the 90s the Flemish tobacco industry declined rapidly. By 2000 only 450 hectares of tobacco were planted, and last year the figure was down to around 100 hectares.

The main reason is obvious. Smoking is bad for the health so demand has fallen, particularly for the heavy variety of pipe tobacco grown around Wervik. In parallel has come the gradual reduction in EC subsidies given to Belgian tobacco farmers. “From 2010 no more subsidies were available. Tobacco production in Flanders will completely cease,” says the museum’s non-smoking curator, Vincent Verbrugge.

The heyday of the tobacco industry

Photographs in the entrance lobby show Flemish tobacco farmers in their heyday: sowing seeds under glass, planting out seedlings in the spring, harvesting in the summer, hanging up the leaves in purpose-built drying sheds. All of these operations have always been conducted manually in Flanders. Contrast this approach with the vast tobacco plantations of Maryland and Virginia. Here, giant tobacco harvesters cruise through the fields and scythe down whole tobacco plants.

The museum houses a huge collection of pipes. These include the earliest white clay pipes, some of them with incredibly long stems of over half a metre. Meerschaum, a type of Mediterranean clay, was another commonly used material. Easily carved, it heralded the appearance of the pipe as an art form. Check out the museum’s meerschaum pipes in the form of famous politicians and heads of state. Look out too for the musketeer’s pipe. Its tiny built-in mirror might have enabled d’Artagnan to spot an enemy creeping up behind him while he was enjoying a relaxing puff.

More chaste is the traditional pipe made for a groom on his wedding day. He would smoke it once only — on his wedding night. He would then display the pipe in a cabinet in the newly weds’ living room.

The museum also records the popularity of cigars in the 19th century. And the explosive growth in cigarettes in Flanders during and after the First World War.

Not to be forgotten is chewing tobacco. This was particularly popular in places where a naked flame was not tolerated. Such as down coal mines or in the local flax factories.

The museum has an excellent reconstruction of a tobacconist’s shop from the 1920s, with all the necessary tools of the trade. Wervik is virtually on the French border. When tobacco was cheaper in Wervik than in France, there was a thriving but illicit cross-border trade. “The tobacconist used a special press to squash a customer’s newly purchased packet of tobacco,” says Verbrugge. “The customer could then stuff the flat packet down his trousers and smuggle it across the border. Completely without fear of it being discovered at the customs post.”

A further interesting tool is the cigar slicer. A customer in search of a cigar would light one up and have a few puffs. If he liked it he would slice off the burning top and purchase it.

In another authentic reconstruction — a tobacco farmer’s living room — pride of place is given to a smoker’s chair. At the end of a busy day in the fields the farmer would sit “the wrong way” on it, resting his arms and therefore his pipe on the back of the chair. The upholstered hinged top lifts up to reveal a space where pipes and tobacco could be stored.

Other rooms in this extremely spacious museum focus on themes such as tobacco in art, in advertising, and in the movies. The children’s activity room is used by the museum to educate school groups on the health risks of smoking. If the weather is fine you can stroll around the museum garden, where different varieties of tobacco are grown. Next door to the museum is a cafÃ© which has been renovated in the style of the 1920s.

It has nothing to do with tobacco, but within the museum’s premises is a working windmill. On Sundays from May to September, if the wind is suitable, it whirrs into action to grind flour, which you can take home with you. It brings your tour of a rather unhealthy product to a healthy end.