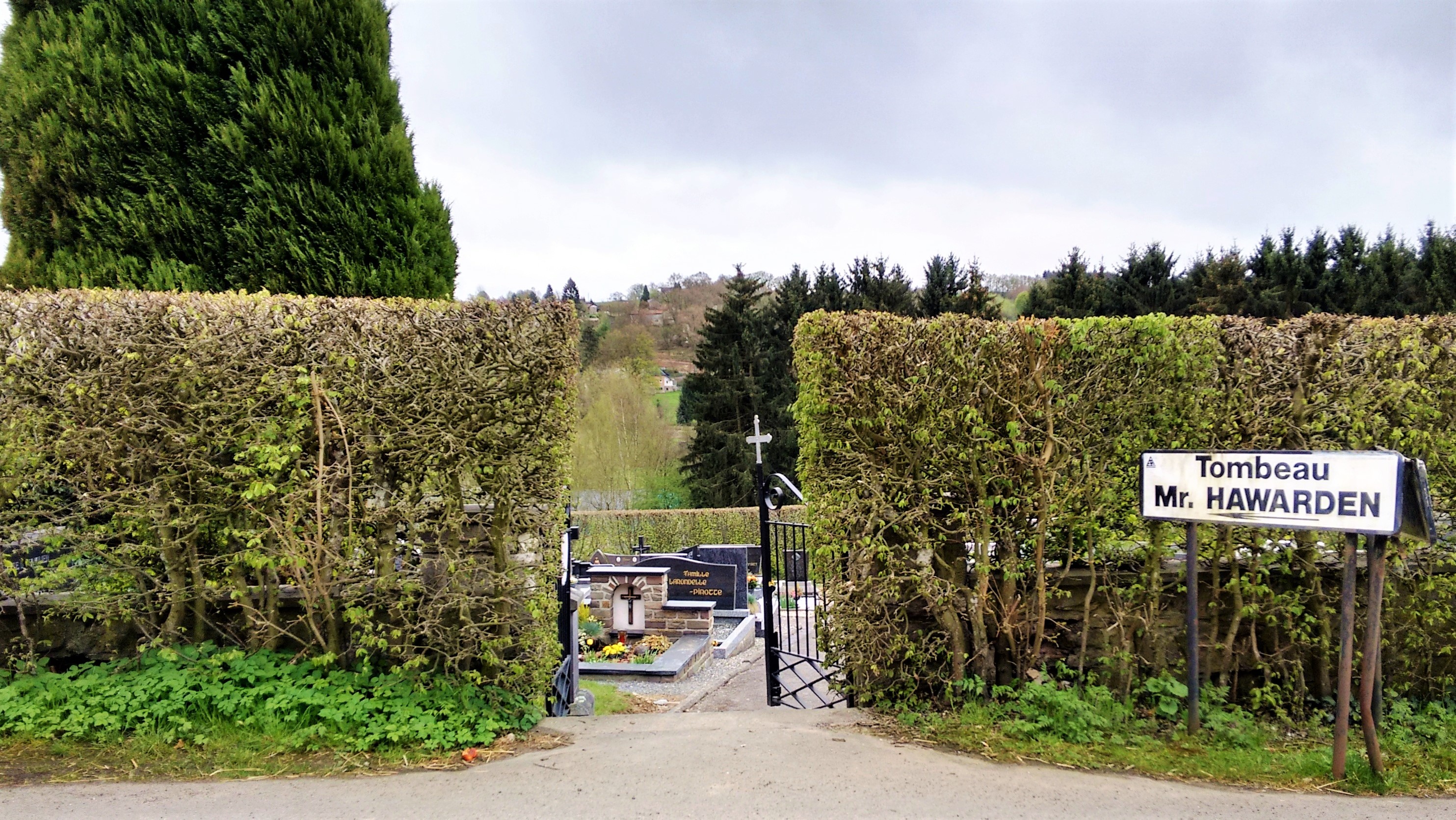 Sometimes people are simply not whom they seem to be. Take for example, Monsieur Hawarden …

One snowy winter evening in 1848, a horse and carriage is heard clacking through the streets of the village of Ligneuville in the Belgian Ardennes. Its opulence makes it stand out from the carts owned by the local farmers. It attracts the attention of the locals who peek into the carriage as it passes by. A man peers out the window.

“Who’s he? With such a carriage!” the villagers wonder. They notice he is dressed elegantly. “He must be rich. Where’s he from? Liège?”

The carriage continues through the village and draws up in front of an old watermill alongside the River Amblève. The man walks uprightly into the house and disappears from view.

“YOU CAN CALL ME MONSIEUR HAWARDEN”

At first, the man keeps himself to himself. But after a few months he begins to appears frequently in the village. He is quite personable. He chats to the locals, and buys supplies in the small village shops. Every now and then he calls into one of the many bars in Lignueville, where he sits quietly in a corner with a glass of red wine.

After a while, the villagers discover his name — Monsieur Arthur Hawarden. Gradually over the coming years Monsieur Hawarden becomes fairly well integrated into village life. He is perceived as a charming man, intelligent, and of great learning. He is courteous and generous … yet his past remains shrouded in mystery. No-one knows anything about his origins. When asked, he remains extremely secretive.

Fifteen years later, in 1863, Monsieur Hawarden dies in the old mill. His housekeeper discovers the body and calls the undertaker, who arrives with his horse and cart to collect the body. The undertaker enters the mill to clean and dress the body. He seems to be a long time inside. Eventually the undertaker and the housekeeper come outside. They seem disturbed, pale and visibly shaken. There’s a lot of head-shaking and gesticulating. Eventually they return to the mill and after a few minutes carry out the body and load it onto the cart. The undertaker flicks his whip at the horse and the cart trundles off. Shortly afterwards, the housekeeper appears in the doorway in her coat, hat and scarf. She scurries off to the village. She has a major item of news to spread.

And indeed it is big news. It seems that Monsieur Hawarden has been keeping a big secret. Monsieur Hawarden was not a Monsieur at all. He was a Madame. A French Madame at that. Her papers identify her as Madame Meriora Gillibrand. She has been living as a man for 15 years under the noses of the villagers, who didn’t suspect a thing.

But the mystery remains: why did she live her life in Belgium as a man?

FLEEING FROM THE SCENE OF A CRIME

Meriora Gillibrand belonged to French high society and was regarded as a really beautiful woman. Two young men were deeply in love with her. She became engaged to one, which filled the rival with jealousy. So much so, that the two young men fought, and her fiancé was killed.

When she heard of her fiancé’s death, she immediately suspected the rival. She confronted him. During a fierce argument, she stabbed him, and he too died.

An ingenious plan is devised

With the help of close friends, a cunning plan was concocted. She would leave Paris and go into exile in Belgium. Moreover, she would throw the police investigation completely off the track by taking up a new identity … as a man.

And so, in Ligneuville, Belgium, Monsieur Hawarden was born.

Did her disguise give her the freedom and peace she sought after? Or was she always looking over her shoulder, fearing discovery? We shall never know.

Naturally her secret was revealed upon her death on March 1st, 1863. She is buried — as Meriora Gillibrand — in the cemetery, where you can see her tombstone.

Based on an article by Adrien Jans in Le Soir, Sunday, October 20, 1957. With thanks to Tim Peeters for pointing out this interesting story to me.

Her life was the basis for the 1935 novel Monsieur Hawarden by Flemish writer Filip Pillecyn (1891-1962). Set against the crisis in the Eifel area, a woman dresses as a man and retreats after an unhappy love to a country house. She fills her days with walks in the region and looking back on her failed life.

It was made into a 1968 Belgian-Dutch movie, Monsieur Hawarden, directed by Belgian director Harry Kümel. It was selected as the Dutch entry for the Best Foreign Language Film at the 42nd Academy Awards, but was not accepted as a nominee.